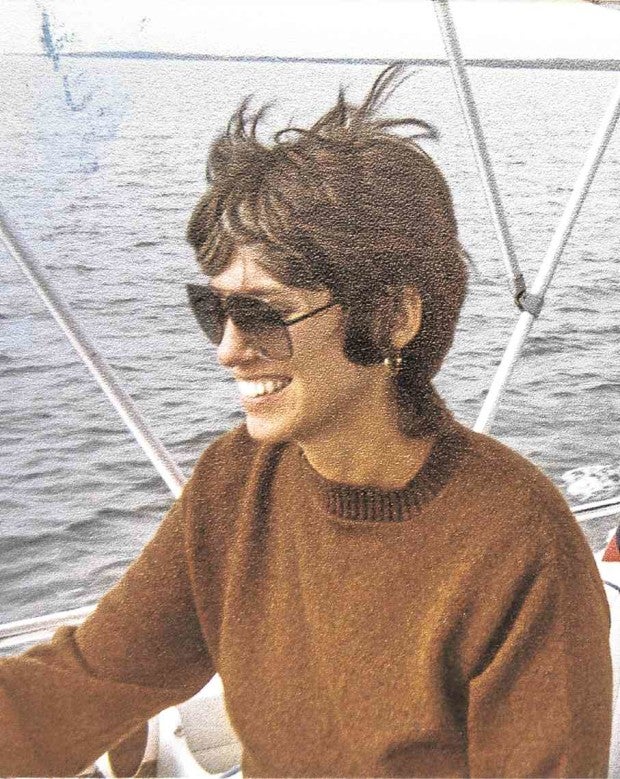 PERSONAL ACCOUNT Jessica Leeds (down), 74, narrates how Donald Trump, Republican presidential candidate, groped her on a flight to New York in the early 1980s when she was a businesswoman (up). HANDOUT VIA NEW YORK TIMES 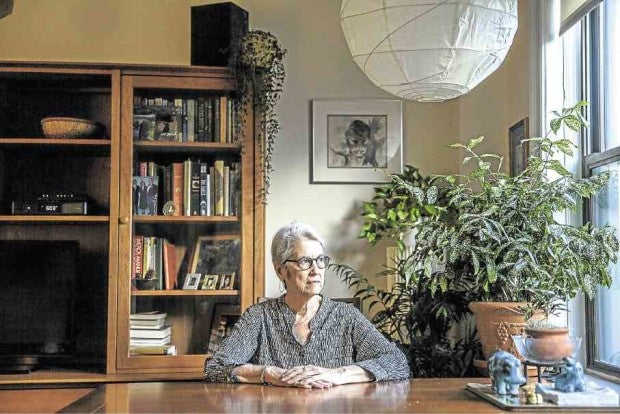 WASHINGTON—Two women have told The New York Times that Donald Trump touched them inappropriately—groping a woman in one instance and kissing a woman in another—during separate encounters that took place as long as three decades ago, the newspaper reported on Wednesday.

Trump told the Times there was no truth to either of the claims.

In a statement, Trump’s campaign spokesperson, Jason Miller, said “the entire article is fiction” and accused the newspaper of launching “a completely false, coordinated character assassination.”

Another newspaper, The Palm Beach Post in Florida, reported on Wednesday night that a woman said that Trump groped her at his Mar-a-Lago estate 13 years ago.

Trump’s campaign said her allegation “lacks any merit or veracity.”

And late Wednesday, a writer for People magazine reported a 2005 incident in which she said Trump kissed her against her will at Mar-a-Lago.

The Trump campaign said, “There is no merit or veracity to this fabricated story.”

The women’s stories come less than a week after the publication of a 2005 recording in which the Republican nominee boasted of groping women.

Trump apologized for his comments, but also dismissed them as “locker room talk” and a distraction from the campaign.

Both women who spoke to the Times said they were coming forward with their stories because of the recording and Trump’s response to questions about it at Sunday’s presidential debate.

The New York businessman said then he had never done the things he bragged about on the recording.

Jessica Leeds, 74, of New York, said she sat beside Trump in the first-class cabin of a flight to New York more than three decades ago.

‘It was an assault’

After less than an hour in the air, he lifted the armrest separating them and began to touch her, she said, and grabbed her breasts and tried to put his hand up her skirt.

“It was an assault,” Leeds told the newspaper.

She said she fled to the back of the plane and sat in the coach section.

A second woman, Rachel Crooks of Ohio, told the newspaper that she met Trump as a 22-year-old in 2005—the same year he was recorded bragging in vulgar terms about grabbing women’s genitals.

Crooks said she was a receptionist for a real estate investment and development company located at Trump Tower and met Trump outside an elevator in the building one morning.

She introduced herself to the celebrity businessman, she said.

They shook hands but Trump would not let go, Crooks said, and he began kissing her cheeks and then kissed her on the mouth.

“It was so inappropriate,” she told the newspaper. “I was so upset that he thought I was so insignificant that he could do that.”

Crooks said she recounted the incident that day to her sister by phone and to her boyfriend that night, both of whom spoke to the Times.

In the case of Leeds, the Times reported it had interviewed four people who said she had told them more recently of her encounter with Trump.

Leeds said she did not complain to the airline at the time because such unwanted advances were common for businesswomen in the 1970s and early 1980s, the newspaper reported.

She said she encountered Trump at a charity event a few years later and said he had seemed to remember her and insulted her with a crude remark.

Both women told the paper they supported Hillary Clinton’s campaign for president.

In a statement, Miller rejected the women’s accounts as “fiction.”

“It is absurd to think that one of the most recognizable business leaders on the planet with a strong record of empowering women in his companies would do the things alleged in this story, and for this to only become public decades later in the final month of a campaign for president should say it all,” Miller said.

The Palm Beach Post reported that Mindy McGillivray, 36, of Palm Springs, Florida, did not report to authorities her 2003 encounter with Trump at the time but had shared the story with close friends and family.

A man who had accompanied her to Mar-a-Lago that day, Ken Davidoff, told the newspaper he vividly remembered McGillivray telling him Trump had groped her.

Davidoff said he had brought McGillivray with him when he joined his father to shoot pictures during a concert by singer Ray Charles on Jan. 24, 2003.

After the show, as people were saying goodbye to Charles, McGillivray felt “a pretty good nudge, more of a grab” close to the center of her bottom, she told the newspaper.

“I turn around and there’s Donald. He sort of looked away quickly. I quickly turned back, facing Ray Charles, and I’m stunned,” she said.

McGillivray said she considered making a scene at the time but decided “to stay quiet.”

Trump’s remarks at the second debate in which he denied groping women changed her mind, she said.

On People magazine’s website on Wednesday, reporter Natasha Stoynoff wrote of a 2005 incident she said happened when she traveled to Mar-a-Lago to write a feature about Donald and Melania Trump’s first wedding anniversary.

Stoynoff wrote that while Donald Trump was giving her a tour of the mansion, he wanted to show her one room he described as “tremendous.”

“We walked into that room alone, and Trump shut the door behind us,” Stoynoff wrote. “I turned around, and within seconds, he was pushing me against the wall, and forcing his tongue down my throat.”

In response to the Times report, a Clinton adviser accused Trump of lying when he said he had not groped or kissed women without their consent.

The Times story “sadly fits everything we know about the way Donald Trump has treated women” and shows that the “disgusting behavior” he brags about in the 2005 video “is more than just words,” communications director Jennifer Palmieri said in a statement. —AP