PH to keep pact with US for security, says Yasay 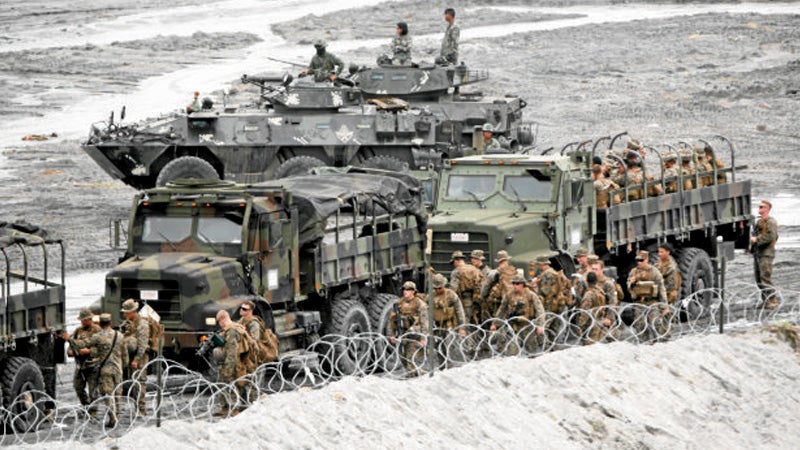 US and PH Marines ended joint amphibious landing exercises a day ahead of schedule. No reason was given. —MARIANNE BERMUDEZ

Foreign Secretary Perfecto Yasay Jr. on Monday said the Philippine government will keep its mutual defense treaty with the United States as security against aggression in the disputed West Philippine Sea but underscored that the alliance should not be carried out to perpetuate dependency.

In a statement posted on the Department of Foreign Affairs website, Yasay also said the Philippines will not hesitate to terminate international agreements “when national interest will no longer be served.”

Yasay explained that the primary consideration of the Duterte administration in pursuing an independent foreign policy was to protect and uphold the national interests in promoting friendship with all nations.

He said all countries, whether weak or strong and small or big, are interdependent of each other.

“This is how every country will make their economy dynamic, robust and sustainable for the welfare of its people,” he said.

But he stressed that the government will not allow bullying by any nation to make the Philippines bend to its interests.

“Henceforth, we will reject any aid, assistance or opportunities for joint cooperation from anyone under onerous conditions or offered pursuant to a carrot and stick policy,” said the DFA chief.

He added that a military alliance must allow the Philippines to be self-reliant in dealing with internal and external threats to its security.

“Even as we will respect and keep our mutual defense treaty with the US as our safeguard against any risk or menace from external aggression that undermines our territorial integrity, sovereignty and maritime entitlements under international law, this important alliance cannot be carried out to perpetuate our dependency thereby making us vulnerable to subservience,” he said.

In his latest outbursts against Western interference, President Duterte said he would sever ties with the country’s longtime ally during his term and build alliances with Russia and China instead.