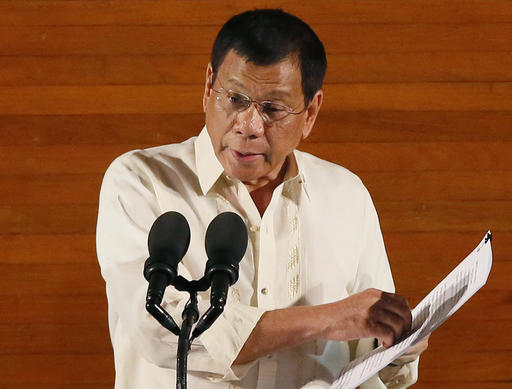 The National Union of Journalists of the Philippines (NUJP) on Monday expressed alarm over the continuous threats that journalists were receiving over reports that “do not sit well” with supporters of President Rodrigo Duterte.

“Threatening journalists when their reportage is disagreeable or erroneous is criminal, as is helping spread these threats, especially if any harm should befall the subjects of such opprobrium,” NUJP said in a statement. “We are worried over the continued vilification of media and attempts to lay the predicate to muzzle freedom of the press and of expression.”

NUJP was reacting to online threats against Reuters reporters Karen Lema and Manuel Mogato, who were being tagged in memes as “the real culprits behind the fuss” over Duterte’s controversial remarks that drew parallels with Adolf Hitler’s killing of Jews and the government’s bloody war on drugs.

The posts accused the veteran journalists of “deliberately misreporting” Duterte’s Hitler remarks, saying that “malicious and irresponsible journalists are the true enemies of democracy” and that they “should be punished with the full force of the law.”

What started as an anonymous post became a meme containing the photos of Lema and Mogato, which circulated with comments calling for punitive action and control on freedom of the press.

Noting that journalism is not a crime, the NUJP expressed solidarity with the Reuters reporters and lamented that Duterte’s supporters seemed to “have fallen on deaf ears” despite the President’s personal appeal not to threaten journalists.

“We stand by Manny Mogato and Karen Lema, and all other colleagues facing threats and other pressures because of the work they do, and are sure that all colleagues who take pride in the profession and serving the people’s right to know will do the same even as they continue to carry on their duties despite the risks and dangers they face,” the statement read.

“Mr. Duterte’s injunction to his supporters not to harm journalists and leave them to pursue independent reporting about his government seems to have fallen on deaf ears, drowned by the overflowing zeal of an army of social media warriors who are quick to deflect the slips in judgment and pronouncements he has made as if he is infallible,” it added.

The group said journalists would welcome any criticism as an opportunity to hone their craft, but noted that threatening them for doing their jobs is criminal.

“It is doubly unfortunate and ironic that among those who have joined what is practically an online lynching mob are people who are or have worked in media or the performing arts and related professions, and even activists, who would not have been able to thrive if not for the very same freedom of the press and of expression they are now suggesting should be suppressed,” NUJP said.

“We have said again and again that the media, and journalists, are not immune from criticism and, in fact, will always welcome it – no matter how harsh or even insulting – both as a means to engage with their audiences as well as to learn from them, especially when we do commit mistakes. Calling out those errors not only serve to better journalism practice but also enrich the public discourse. But threatening journalists when their reportage is disagreeable or erroneous is criminal, as is helping spread these threats, especially if any harm should befall the subjects of such opprobrium,” it added. JE/rga

Duterte to media: Go ahead, criticize me