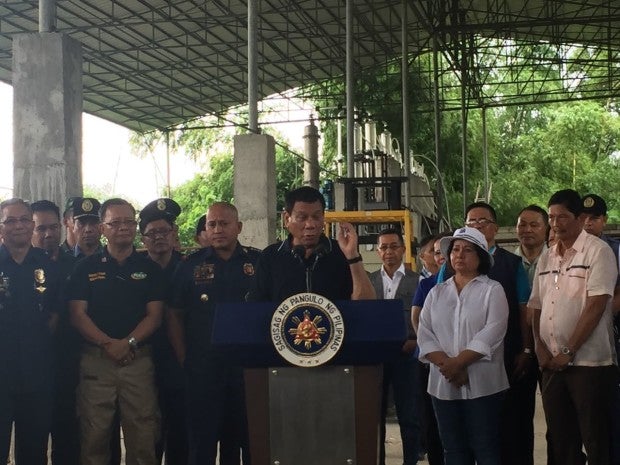 “I would like to apologize publicly. I am sorry,” he said during an inspection of a shabu laboratory here.

The names Espino, Sison and Baraan were implicated when Duterte released a drug matrix accusing Sen. Leila de Lima as the protector of drugs inside the New Bilibid Prison.

He said he reviewed the list and revalidated it and found a missing link implicating the three individuals.

But the President said nothing was wrong with his drug matrix, only that there were “lapses.”

“Nothing went wrong. Everybody were correct. (But) there were lapses,” he said during the preas briefing.

“I take full responsibility (for the lapses),” he added. RAM