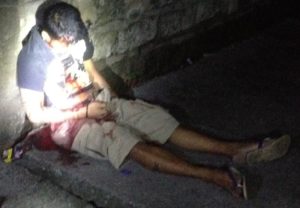 Chief Supt. Melvin Buenafe, Bicol police chief, identified one suspect as Gualberto Manlangit Jr. while his three companions have not been identified.

He said the suspects drew their firearms at the undercover policemen, which led to a firefight. The suspects were killed instantly.

Recovered from the scene was a .45-pistol and other firearms of still unknown caliber.  Scene of the Crime Operatives (SOCO) personnel were called into the site to conduct further investigation.

Buenafe said the clash brought to 59 the number of drug suspects killed in police operations in Bicol.  SFM