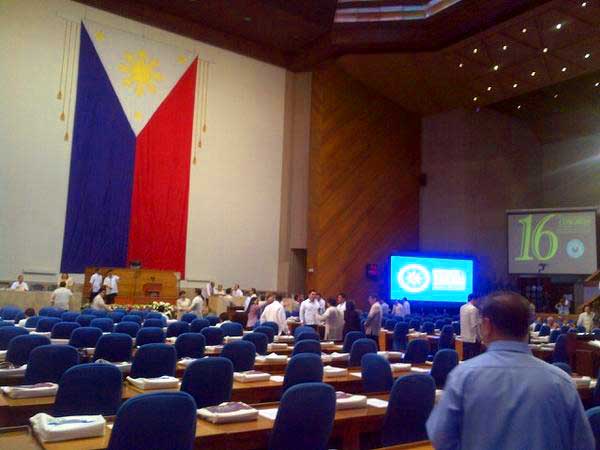 The House of Representatives was urged to enact laws for the creation of outpatient rehabilitation centers and enactment of community-based programs for the rehabilitation of over 700,000 drug dependents who surrendered at the height of the administration’s war on drugs.

Dangerous Drugs Board chairman Benjamin Reyes told the House dangerous drugs committee on Thursday that there is a need to establish outpatient drug treatment and rehabilitation facilities nationwide to prevent drug dependents from becoming more addicted to illegal substances.

“We rely heavily on inpatient treatment and rehabilitation program. But on the other hand, what we would require would be more outpatient and community based interventions. The rationale being if we can prevent these drug dependents from progressing into their addiction, we would not require as many in-patient programs,” Reyes said.

Reyes said the board agrees with the legislative measures for the creation of at least one in-patient rehabilitation center per region, and outpatient program and community based programs in the rest of the provinces.

In the letter dated Sept. 21 to committee chairperson Surigao Del Norte Rep. Robert Ace Barbers, the DDB said that as of Sept. 20, 715,699 drug dependents have surrendered amid the administration’s bloody crackdown on dealers and users.

The DDB cited a 2015 United Nations World Drug Report, which states that 0.6 to 1 percent of individuals who surrender require in-patient care in rehabilitation centers, while the remaining 99 percent would require only outpatient care.

“The Board is suggesting that given the influx of drug personalities who voluntarily surrendered… establishment and maintenance of outpatient drug treatment and rehabilitation facilities should be prioritized,” Reyes said in his letter.

“Given the huge number of surrendering individuals, it is essential that these outpatient facilities be present in the district or provincial levels so that they can immediately avail of required medical interventions,” he added.

During the hearing, Department of Health Assistant Secretary Elmer Punzalan said the increasing number of surrendering drug addicts highlighted the need to put up rehabilitation centers.

Reyes cited Section 75 of the Comprehensive Dangerous Drugs Act, which states the need to establish at least one treatment and rehabilitation centers in each province depending on the availability of funds.

The said provision also provides that the national government, through its appropriate agencies, should give priority funding for the increase of subsidy to existing government drug rehabilitation centers

“We are in compliance with the goal of having at least one per region, because at present there are still about four regions na walang drug rehabilitation… The number of surrenders really magnified the need for these rehabilitation centers,” Punzalan said.

Committee chairperson Rep. Barbers said there is a need to enforce the law on the establishment of rehabilitation centers because the war on drugs does not end with eliminating the drug lords.

“’Yung ating war against drugs does not end on the enforcement side. It should end on the rehabilitation side,” Barbers said.

Besides the lack of rehabilitation centers, there is also a need to activate the Anti-Drug Abuse Council at the local government units, Reyes said.

Negros Oriental Rep. Manuel Sagarbarria said there is a need for a legislation to require local government units to earmark a fund for drug rehabilitation.

Sagarbarria said the country needs to strengthen its rehabilitation program in anticipation of surrendering drug dependents which could reach a million by the end of the year.

“In less than three months, it’s going to be over a million… We have to approach the problem in a proactive manner, because we want to save the country, which as what the President said (is on its way to become) a narco-state,” Sagarbarria said.

PhilHealth Vice President Francisco Soria Jr. told the committee that the Board has approved a P10,000 drug detoxification package for drug dependents.

“We recognized the nature of illegal drug problem as a public health concern. We support this measure to include rehabilitation and treatment of drug dependents,” Soria said.