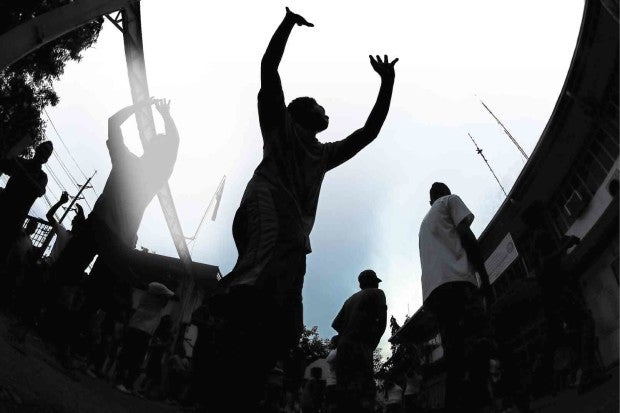 Is rehab for drug addicts possible?

Not if you ask President Rodrigo Duterte who on several occasions has said that drug users are “no longer viable for rehabilitation,” as a year or more of shabu (methamphetamine hydrochloride) use “shrinks the brain.”

In a press conference on Aug. 21 in Davao City, he repeated the same message:  “You must remember that those who are already (using) shabu for almost one year, they are dead. They are the living walking dead,” Mr. Duterte said. “They are of no use to society anymore,” he added.

Speaking to businessmen in Malacañang on Aug. 23, the President asked what could be done with drug users who had surrendered to the police. “How do you solve 600,000?” he asked. “Remember that shabu, constant use of shabu, even for six months to one year, will cause the shrinkage of the human brain. That’s why (young addicts) answer back their parents. And if they think that way, how can they function as fathers? So you’re looking at the breakup of families. When couples split, there’s no more direction in the family. And to think that that would be the generation coming after us,” Mr. Duterte said.

“Drug dependency is a medical problem, and therefore should be dealt with as one,” said Dr. Alvin Vergara, head of the screening and intake section at the Quezon City Drug Treatment and Rehabilitation Center, also known as “Tahanan.”

Substance use disorder should be treated as a psychiatric problem and mental illness, he added.

Only 9 percent of the 600,000 drug dependents who have surrendered since President Duterte started his antidrug campaign—or some 54,000—have been determined to be in need of confinement in a rehabilitation center, said Health Undersecretary Elmer Punzalan, who testified in a Senate hearing on the issue on Aug. 18.

The country’s 44 rehabilitation centers can take care of only 5,000 patients in all.

“Our rehabilitation centers are crowded,” Punzalan said, responding to the lawmakers’ query on the capacity of government to respond to the influx of drug surrenderees.

Vergara said there were instances when the rehab center had to turn down patients, such as when a patient manifests symptoms of chronic psychosis not induced by substance abuse, or symptoms of psychiatric problems that are behavioral, like bipolar disorder or autism. “They have to be referred to a mental institution,” he said.

Another instance is when a rehabilitated patient relapses thrice. “They may be considered recidivists at that point and may no longer benefit from our program. It’s useless to bring them in again and again,” he said.

“By the fourth time, the center can turn them down and refer them to other centers that can probably help them with programs that may be more effective for them,” Vergara added.

Tahanan, currently fully occupied, has 150 beds meant exclusively for Quezon City residents. The rehab center admits patients from 15 to 60 years old who are physically and mentally fit to participate in its program, among other criteria.

Family is an essential part of Tahanan’s program. “Most of our patients have a history of family conflict and neglect. Some were physically or sexually abused in their early life, while others have poor coping mechanisms so they take drugs due to low self-esteem,” Vergara said, adding that 80 to 90 percent of substance abuse problems start at home.

Sometimes, families cannot admit that they are part of the problem, the doctor said.  They go in denial and instead blame the patient or his surroundings, he added.

“Family support is essential for the full recovery of patients,” Vergara said.  “Problems rooted in the families should be addressed and settled within their homes. As long as they remain unsettled, [drug use] may happen again even after rehabilitation.”

Aside from rehab, drug dependents have other options, among them seeking professional help from psychiatrists or psychologists on an outpatient basis, though this one-on-one treatment is more expensive, Vergara added.

Tahanan, he said, is also building a barangay-level monitoring program in Quezon City, which involves having a focal person, possibly a psychologist or a social worker, to follow up and monitor patients. “A patient will need a support group after rehab because it’s a lifetime of recovery. In the barangay level, this is the system we want to develop since (the focal person) can see the patient more often,” Vergara said.

The Tahanan official said there were certain criteria in selecting those who could stay in the center.  Patients younger than 15 must be evaluated by the Social Service and Development Department of Quezon City prior to confinement. Those aged 60 are similarly evaluated because the program has physical activities not appropriate for older patients, he added.

The patient must also be free from any criminal charge with penalties of over six years of imprisonment.

“If the patient has a murder case, he is not fit for the program because you can’t mix him with others. The program also requires continuous participation so it can’t be derailed if, for example, the patient needs to attend a hearing or finish his jail time,” Vergara said, adding that jail is supposed to be rehabilitative in nature for this type of patients.

Tahanan assesses patients, after which the center recommends to the court the proper approach: Complete rehabilitation treatment for moderate or severe drug dependence, which usually takes six months, depending on the patient’s improvement, or outpatient counseling for those with mild disorder.

“The outpatient counseling runs for six months and the patient can go to work or school although he has to report for monitoring and treatment,” he said.

Based on the Diagnostic and Statistical Manual of Mental Disorder (DSM-5) by the American Psychiatric Association, there are three levels of severity of substance use disorder:  mild (two to three symptoms), moderate (four to five symptoms),  and severe (six or more symptoms).

There are 11 criteria or symptoms in diagnosing drug-dependent patients. These include: spending a great deal of time acquiring the drugs, using the drugs and recovering from the effects of the drugs; social impairment or failure to do responsibilities at work, school, or at home, and continuous substance use despite knowing that it has negative physical or psychological risks.

The physical symptoms of people under the influence of drugs include constricted or dilated pupils, abnormally fast heart rates, brown or yellowish discoloration on fingers, dry noses and chronic coughs.

“After the six-month rehabilitation program, patients still have to undergo aftercare for four months, which includes continuous monitoring and counseling,” Vergara said.

There is no exact way of defining the center’s success rate in rehabilitating patients, the doctor said. “Since substance use disorder or drug dependence is a chronic disorder, the recovery of the patient takes a lifetime. I think, as of now there is no definite formula in computing the success rate because patients may relapse anytime,” he said.

The success rate of rehabilitation is 24 percent for marijuana and meth addicts, Punzalan told the Senate. Reports from Marielle Medina, Inquirer Research; and Tarra Quismundo/TVJ

Too many users, too few rehab centers