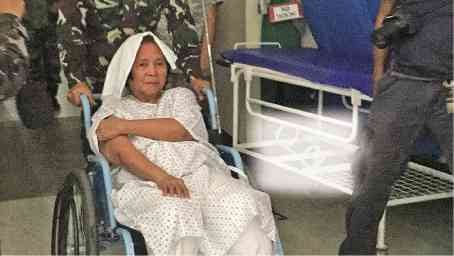 ZAMBOANGA CITY—Kidnappers were able to slip past at least 16 battalions of soldiers now posted in the province of Sulu where their latest victim, a businesswoman, had been brought and later freed in what the military said was a well-coordinated rescue effort.

Gunmen who took Martina Yee, a businesswoman from the town of Sirawai, Zamboanga del Norte province, made it past more than 10,000 soldiers to take their captive to Sulu.

Yee was rescued in the town of Indanan, Sulu province, yesterday, two days after she was taken captive on Monday.

On Sunday, hours before the kidnapping of Yee, Lt. Gen. Mayoralgo dela Cruz, chief of the military’s Western Mindanao Command (Wesmincom), said at least 16 battalions of soldiers, “with different specializations,” are now posted in Sulu province to take part in the all-out war against the Abu Sayyaf, a terror and crime group behind a spate of kidnappings and terror attacks in parts of Mindanao.

“We have there Scout Rangers, the infantry battalions, special forces, to include our Air Force and naval assets,” Dela Cruz said.

“And we also know we have support from the Moro National Liberation Front (MNLF),” he  added.

Despite the heavy presence of soldiers, kidnappers were still able to bring their 60-year-old victim, Yee, to Sulu province.

Yee’s captivity was brief, however, compared with that of other victims.

MNLF forces noticed a small speedboat with engines bigger than what it needed, an unusual thing, docked at a small wharf in the village of Tanjung in Indanan around 4 a.m. on Wednesday, according to Samsula Adju, speaking for MNLF in Sulu province.

Adju said a group of MNLF members, led by Abraham Joel, went to check the boat and found Yee.

Tan said soldiers had been posted in “possible landing sites” of the kidnappers and their victim.

“The bandits were scared away and abandoned their captive,” he said.

Yee owns several hardware and grocery stores, and a gasoline station in Sirawai.

Brig. Gen. Restituto Padilla, spokesperson of the Armed Forces of the Philippines, said soldiers from the 35th Infantry Battalion picked up Yee at a pier in Indanan.

Yee was kidnapped by at least six men around 3 p.m. on Monday.

Yee went through medical checkup at Camp Bautista Station Hospital in Jolo, Sulu province, and given food as she had not eaten since Monday.

Padilla said the successful rescue of Yee is the result of coordination between the military and police, and cooperation from residents who served as eyes and ears of authorities.

At least 16 Filipino and foreign hostages are still being kept captive by the Abu Sayyaf.

“We hope to see more collaborations from different stakeholders in the coming days to destroy the ASG (Abu Sayyaf Group) and rescue the remaining hostages,” Dela Vega said.