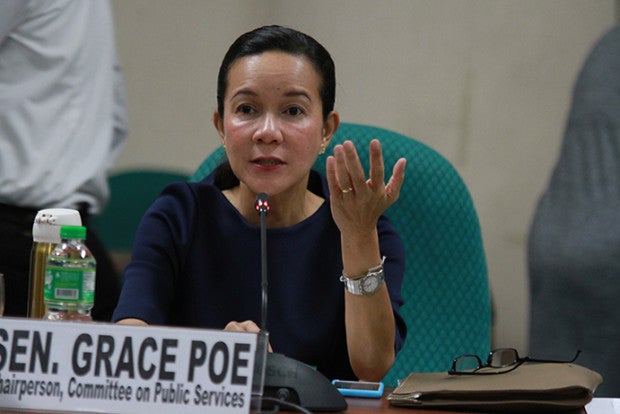 Senator Grace Poe has asked Philippine National Police Chief Ronald “Bato” dela Rosa to conduct an investigation into the circumstances that led to the killing of a four-year-old girl during a recent police drug bust in Guihulngan, Negros Oriental.

Poe was referring to the case of Althea Fhem Barbon, who was killed along with her father, Aldrick, during a buy-bust operation last August 30. Aldrick, who was suspected of selling shabu, died instantly while Althea was taken to a hospital in the capital city of Dumaguete, where she died two days later.

READ:  Another child dies in war on drugs

“The situation where innocent children become victims of the drug war is deplorable and must be addressed without delay,” she said in a statement on Tuesday.

Poe pointed out that under Section 39 of Republic Act 8551 or the PNP Reform and Reorganization Act of 1998, the Internal Affairs Service of the Philippine National Police (PNP-IAS) is mandated to conduct, motu proprio, automatic investigation of incidents where death, serious physical injury or any violation of human rights occurred in the conduct of a police operation.

“The PNP-IAS must ensure that scalawags in the police service are held accountable, more so in cases where children and minors are senselessly caught in the crossfire. Their vulnerability must not be trampled upon,” said the senator, who has been pressing for the appointment of a civilian IAS head.

Poe also followed up on the investigation into the death of five-year-old Danica Mae Garcia, a resident of Dagupan City, Pangasinan, who was earlier killed by a bullet intended for her grandfather.

While she has expressed full support behind the government’s anti-drug campaign, Poe reminded the police that their prime duty is to serve and protect the people.

“The protection of life is one of the essentials for the enjoyment of the blessings of democracy,” she added.

In relation to this, the senator has filed Senate Resolution 126 urging the Senate to look into the IAS’ compliance with its mandate to conduct an investigation on the reported killings during police operations.

“Nowadays, numerous children and/or minors are being killed in legitimate police operations as if in total disregard of the constitutional mandate to protect the people and to protect life,” Poe said in the resolution.

Pursuant to the Constitution and RA 8551, the resolution said, the PNP-IAS should investigate and ultimately account for the deaths of innocent people, especially children and/or minors who are not clearly involved in drugs or criminality “so as not to compromise the government’s constitutional duty to protect life.” CDG/rga