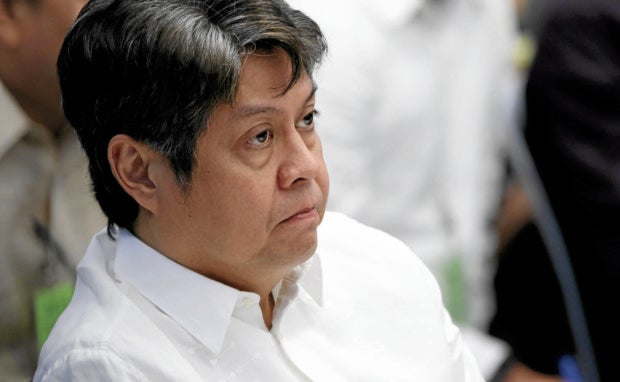 Senator Francis Pangillinan is wondering why President Rodrigo Duterte declared a state of lawless violence when the PNP earlier reported that crime had gone down 49 percent during the first two months of the new administration. during the hearing of Committee on Justice and Human Rights at the Senate in Pasay City on alleged extra judicial killings amid the government campaign against illegal drugs.INQUIRER PHOTO / RICHARD A. REYES

Senator Francis “Kiko” Pangilinan wants to know the actual state of criminality and lawlessness in the country, following President Rodrigo Duterte’s formal declaration of a state of national emergency “on account of lawless violence.”

Duterte’s declaration of a state of emergency came after the bombing in Davao City on Friday (Sept. 2, 2016) last week that left 14 people dead and dozens injured.

But the declaration, Pangilinan noted the Philippine National Police’s (PNP) claim last week that criminality had gone down by almost half in just the first two months of Duterte’s administration.

“We recognize that the President has intelligence information that we do not possess that gives him a better sense of the law and order situation nationwide which we assume guided him in his decision to make such a declaration,” said the senator.

“We would like to be clarified however regarding the actual state of criminality and lawlessness in the country considering that only last week the PNP had said that crime had in fact gone down by almost half or 49 percent in the first two months after the antidrug campaign was launched,” he added.

Pangilinan is a member of the Liberal Party but he is part of the new administration supermajority bloc in the Senate.