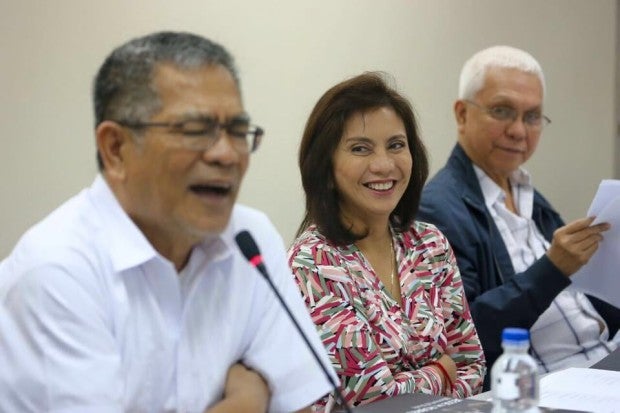 Vice President Leni Robredo meets with DILG, PNP, PDEA and representatives from other government agencies, private sectors and the Catholic church taking part in the anti-drug campaign to discuss the status of the drug war. Photo courtesy of OVP

Vice President Leni Robredo on Tuesday met with the officials of the Department of Interior and Local Government (DILG), Philippine National Police (PNP) and Philippine Drug Enforcement Agency (PDEA) to assess the status of drug rehabilitation centers in the country.

During the briefing, Robredo thanked Sueno for readily arranging the meeting for the Office of the Vice President.

“I really want to know which area of our office can be of help. Gusto naming malaman saan kami pwedeng pumasok (We want to know where we can come in),” Robredo said.

Robredo earlier suggested that the rehabilitation element of President Duterte’s campaign against drugs needs to be improved. CDG

READ: Rehab must be part of antidrug war – Leni