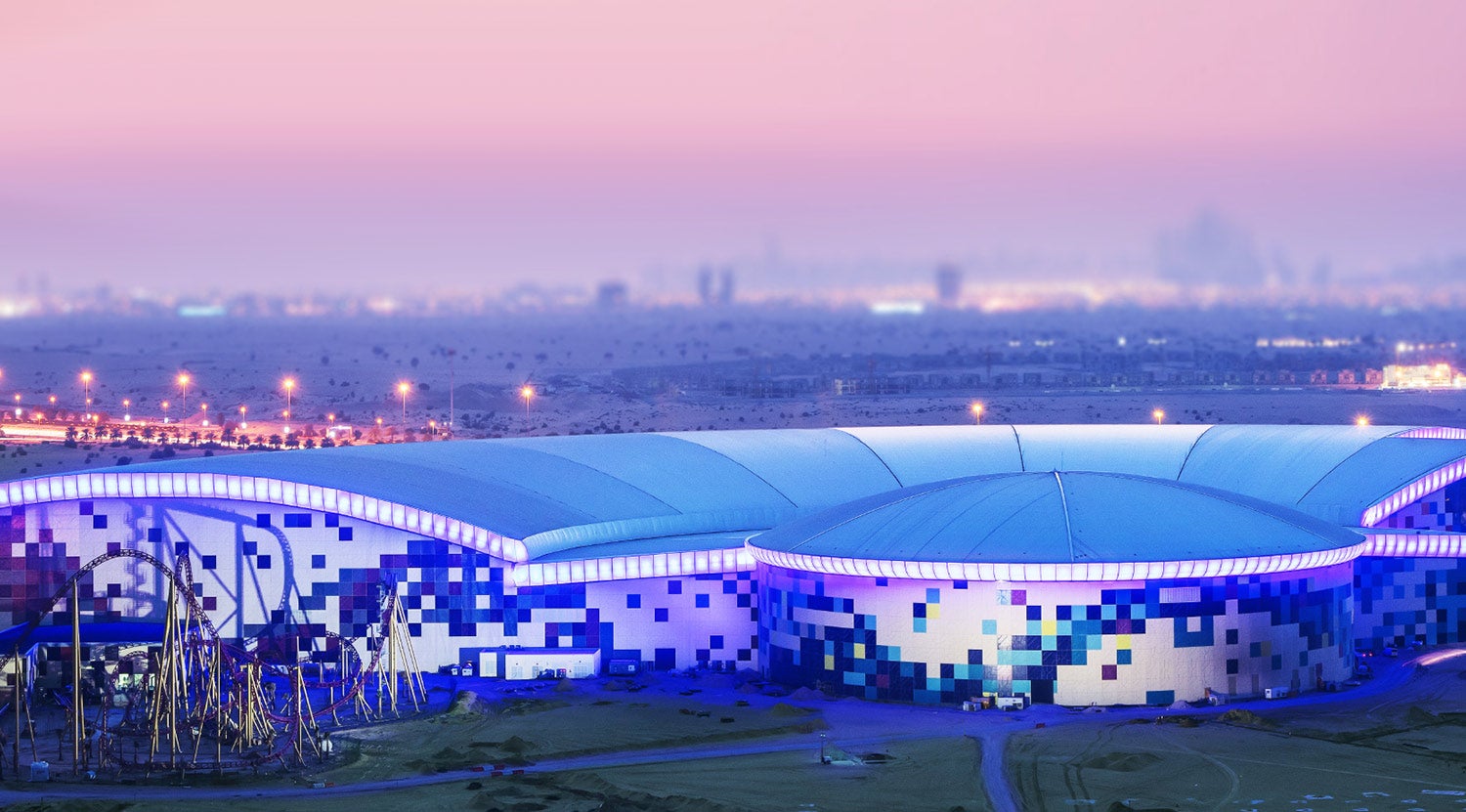 It’s not enough that Dubai has the world’s tallest building, highest number of artificial islands, and the first hotel with a rainforest. It manages to add another world first to its list of attractions with the opening of the world’s largest indoor theme park.

Costing $1 billion, the park opened with the blessings of Dubai’s ruler Sheikh Mohammed bin Rashid, who also took the time to tour the entire facility.

There are currently 22 rides and attractions available in Worlds of Adventure including a velociraptor roller coaster that zooms around the park before taking riders outside into the surrounding desert. Other rides feature classic characters such as the Power Puff Girls sitting alongside Marvel favorites like the Spiderman and the Hulk.

Various shops and restaurants also litter the venue for visitors to sate their hunger and buy theme park goods and memorabilia.

As Dubai continues to work toward its goal to become a premiere entertainment capital, the opening of this new theme park is not exactly surprising. Despite being the biggest, it is one of the many theme parks currently operating to attract tourists to the region. By the time 2020 rolls in with the World Expo, Dubai is hoping to receive 20 million tourists annually.  Alfred Bayle