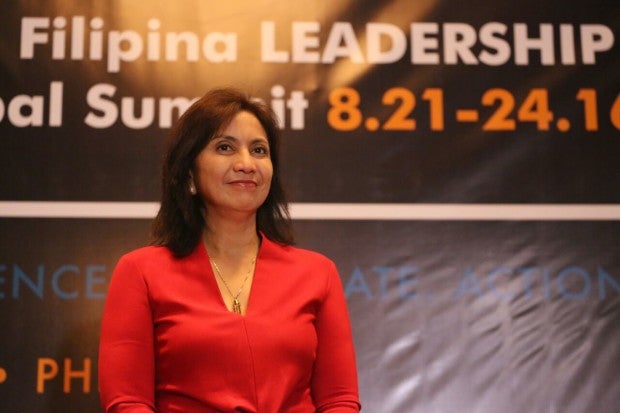 Vice President Ma. Leonor “Leni” Robredo on Wednesday expressed support for the position of the Commission on Elections (Comelec) on the need to dispose of election materials used in the general polls last May pending electoral protest of former Senator Ferdinand “Bongbong” Marcos Jr. before the Presidential Electoral Tribunal (PET).

“The Comelec has given lawyers and poll watchers of each political party ample notice before closure and stripping of the machines where they would also be allowed to send representatives to observe,” Robredo’s comment submitted through Atty. Romulo Macalintal to the Supreme Court written entirely in Filipino in observance of the Buwan ng Wika.

Robredo, who stands as protestee or respondent in Marcos’ poll protest, said the stripping activities for the vote counting machines (VCM) and consolidation and canvass system (CCS) kits, including the disposal of the VCM external batteries would have no impact on the preliminary precaution order (PPO) issued by the PET, the body mandated to resolve election protests in the presidential and vice presidential polls composed of all justices of the Supreme Court.

“I don’t see any anomaly with the closure or stripping of some VCMs, which the Comelec already started before it received the PPO from the PET,” the Vice President said.

She added that under the law and procedures on election protest “in case of any anomaly in the ballots, including alteration of contents, the secure digital cards may be reprinted anytime for verification of the truthful contents of a ballot.”

The Vice President said Marcos should be the one to shoulder the costs for additional expenses that the poll body could incur if the VCM, which were merely leased from Smartmatic, would still be in Comelec’s possession by December 1 when such machines would considered sold.

“He was the one who initiated the poll protest,” Robredo said.

The Comelec, in a letter to the Supreme Court last month, said the stripping of VCMs and CCS is necessary to be able to return the leased machines to Smartmatic.

Comelec is asking the high court to allow its Election Records and Statistics Department to back up the contents of the VCM SD cards of all 92,509 clustered precincts and the CCS laptops of all municipalities, cities and provinces covered, and the conduct of preliminary discussion between the Comelec and the counsel of watchers of the parties and the PET on the protocol and procedures to be observed during the stripping and backing up activities, including the ocular inspection of the Comelec warehouse in Sta.Rosa, Laguna where the said activities will be conducted.

The high court sitting as PET earlier issued a permanent protection order covering all the ballot boxes and their contents, including the ballots, voters’ receipts and election returns, the lists of voters, particularly the Election Day Computerized Voters List (EDCVL), and voters registration records (VRRs), and the books of voters and the audit logs, transmission logs, and all log files.

Also covered by the PPO were all other documents or paraphernalia used in the elections, including the automated election equipment and records such as the VCMs, CCS units, secure digital (SD) cards (main and back up), and the other data storage devices containing electronic data and ballot images, evidencing the conduct and the results of the elections in all of 92,509 clustered precincts and the CCS laptops of all municipalities, cities and provinces. RAM

Comelec told to protect integrity of ballots amid Marcos protest

Comelec accused of failing to preserve documents in Marcos protest