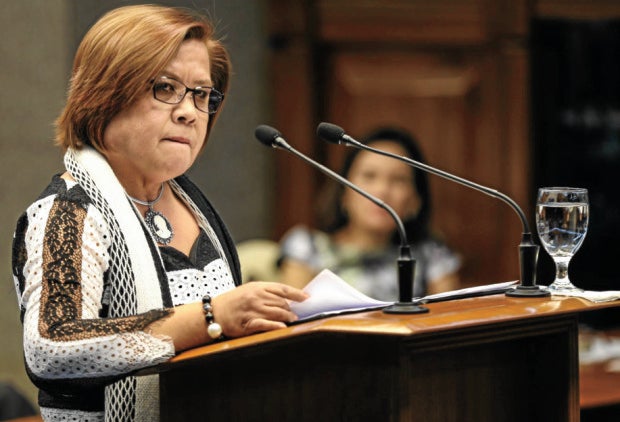 MANILA — Senator Leila M. de Lima has filed the seventh legal challenge against the plan to bury dictator Ferdinand E. Marcos at the Libingan ng Bayani, on the eve of the Supreme Court’s oral arguments on the divisive issue.

In her 38-page petition, De Lima said that “no President has the power to rewrite history.”

De Lima argued that interring Marcos’ remains at the heroes’ cemetery would go against the very spirit of the 1987 Constitution, as the charter was crafted precisely to prevent the abuses committed under his regime.

While his departure to Hawaii foreclosed any possibility of conviction over criminal acts, De Lima said that “the Filipino’s rejection of his leadership and the abuses committed by him and under his regime cannot be made clearer under the circumstances.”

“It is thus incumbent upon all of us–Senators, other government officials, and citizens of the Republic–to defend the Constitution against the greatest attack levied, not just against any particular provision thereof, but against its very existence and integrity,” the petition read.

De Lima said Armed Forces of the Philippines Regulations G 161-373 should be stricken down for being issued with grave abuse of discretion. 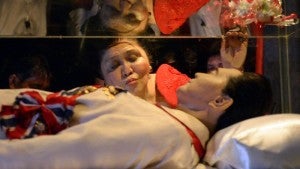 She noted that the AFP rules provided “incomplete, whimsical and capricious standards” for qualifications and disqualifications for interment at LNMB.

The rules failed to abide by Republic Act No. 289’s provision that heroes worthy of “inspiration and emulation” by succeeding generations should be buried at the National Pantheon, she said.

De Lima added that the Department of National Defense’s memorandum for a state burial “smacks of contempt” for jurisprudence that recognized that Marcos amassed ill-gotten wealth.

“That Ferdinand E. Marcos was a crook and a thief is already the law of the case in Philippine jurisprudence,” the petition read.

“The DND Memorandum directing his burial in a state funeral with full military honors, including a 21-gun salute, not only spits at the judgment of this Honorable Court but on the judgment of history.”

De Lima asked the high court not to subject her petition for oral arguments anymore.  SFM 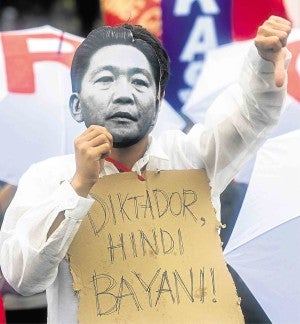 A PROTESTER wearing a Marcos mask makes public his sentiments against the ex-President. Eloisa Lopez