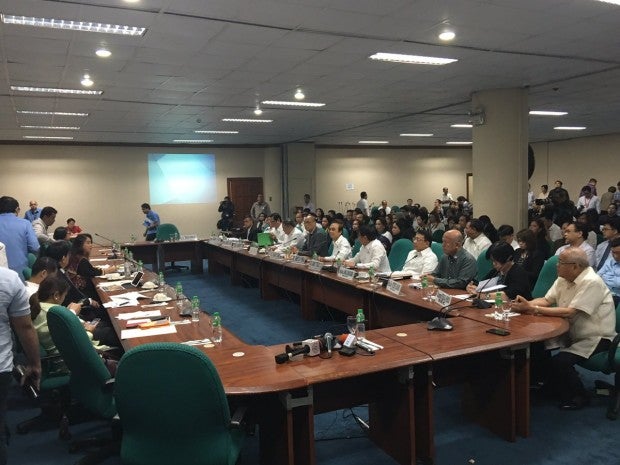 The Senate committee on finance on Tuesday began its deliberations on the proposed P3.35-trillion national budget for 2017 with a briefing from members of the Development Budget Coordination Committee (DBCC).

While she expressed support for the administration’s programs, Legarda said her committee would scrutinize the budget “in a manner that is transparent and consultative.”

She said the committee will not only work closely with the economic managers and all government agencies but it would also consider the people’s concerns to ensure that the proposed budget would indeed be “a budget for real change.”

“We support the administration’s main thrusts to prioritize and improve education, ensure that more citizens have access to quality and efficient social services, and increase public spending in terms of infrastructure,” the senator said in her opening statement.

“We also seek to attune the national budget with the Sustainable Development Goals (SDGs), which are global aims to end poverty and hunger, improve health and education, make cities more sustainable, combat climate change, promote peace and justice for all, and protect the environment and biodiversity, among others.”

“As we express our support to the administration’s programs, your committee on finance will likewise ensure that it will scrutinize the national budget of 2017 in a manner that is transparent and consultative,” Legarda added. CDG/rga