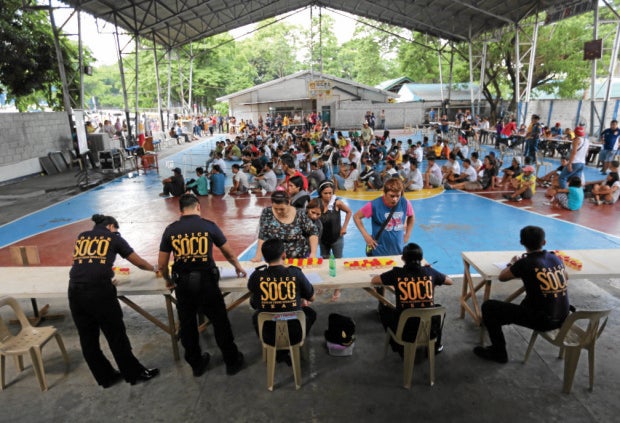 The illicit drug trade in the country is a P55.5-billion industry that has victimized around 5 million drug users nationwide, the Dangerous Drugs Board (DDB) told lawmakers on Wednesday.

DDB chairperson Felipe Rojas presented to the House of Representatives committee on dangerous drugs the progress of the Duterte administration’s war on drugs.

In his presentation, Rojas said there are 4.8 million people, aged 10 to 69, who are lifetime users or those who have used drugs at least once in their lifetimes.

Of the 4.8 million lifetime drug users, there are 1.8 million current users of the illegal substance, Rojas said.

He said the most commonly abused substance are methamphetamine or shabu, marijuana and heroine victimizing users aged 18 to 69.

Rojas said the mean age of users is 31 years old.

Rojas admitted, however, the lack of rehabilitation centers to accommodate drug users and dealers who are surrendering.

Rojas proposed to lawmakers amending the Comprehensive Dangerous Drugs Act, such as including concert grounds as drug dens, allowing plea bargaining agreement in specific offenses so that drug users and pushers may point to source of drugs, and establishing rehabilitation centers inside jails for drug users among convicts and detainees.

According to the National Expenditure Program, the DDB has a proposed P195.918 million budget, or down from the P199.859 million budget this year.

“We are waging a war on drugs, but this budget is not supporting that war,” Barbers said.

Muntinlupa Rep. Ruffy Biazon, a former customs commissioner, lamented that even the drug trade occurs at the National Bilibid Prison which is located in his constituent district.

Rojas said there remains a long way to go for the DDB to crack down on the multi-billion-peso illegal drug trade.

“Although we are making headway in illegal drug operations, we are still a long way to go para masugpo ito (to crack down illegal drugs),” Rojas said. RAM