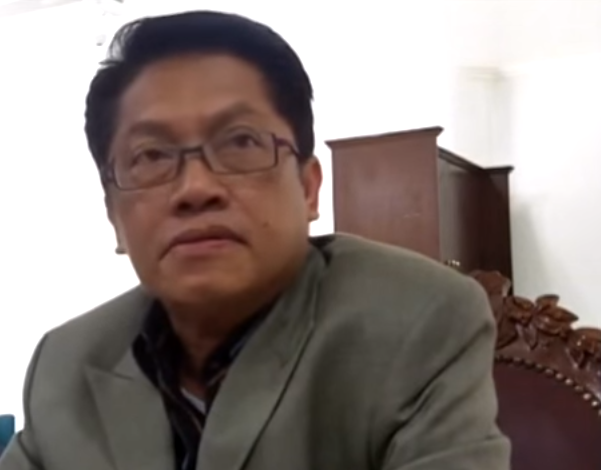 “All I can say now is that this is something I totally cannot imagine myself being involved in; it contradicts the deepest Christian values I hold dear. I know myself, and in due time the truth will prevail,” said Baraan in a statement texted to the Inquirer.

“I respect our President, but I am powerless before him. All I ask is fairness and due process, a chance to vindicate myself in a formal proceeding. If a complaint will be filed, so then I will have the opportunity to present my side,” said Baraan.

Baraan clarified that the Bureau of Corrections (BuCor) was just one of several agencies under the Department of Justice under his “limited” administrative supervision. The others, he said, included the Board of Pardons and Parole, Parole and Probations Administration, and the Office of the General Corporate Counsel, among others.

“As [an undersecretary] having limited administrative supervision of BuCor, I never oversaw, either on the ground or from a distance, the prison operations in BuCor’s seven penal colonies, more so the [New] Bilibid Prison in Muntinglupa. As wrongly reported, I was not Usec in charge of the Bilibid: this is a total misconception,” Baraan said.

Baraan said his typical day at DOJ included reviewing of folders of BuCor contracts and documents endorsed and reviewed by the DOJ technical services. He said after reviewing them, he would countersign them for De Lima’s signature.

“That takes just a few minutes. Then, for BuCor, my task is done that day,” said Baraan.