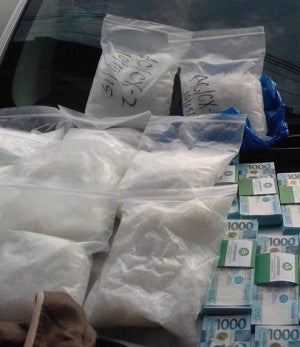 Pamplona, 25, was among the 400 self-confessed drug suspects who turned themselves in to authorities during a ceremony for a mass surrender here last month.

On Sunday (Aug. 21), the police served an arrest warrant against Maritess Freeman, 47, while Juvy Ann Cabrito, was arrested in a separate police operation.

In Isabela on Monday, a family of five in Cauayan City surrendered to the police, confessing they were drug abusers, according to a police report.

The family was composed of a 60-year-old man, his wife and their three children, the youngest of whom was 19-years-old. Their names were concealed for security reasons.  SFM