Threat must not be taken seriously, say 2 senators

WAS IT JUST another one of the President’s impetuous statements?

At least two senators think so, saying President Duterte’s threat to withdraw the Philippines from the United Nations should not be taken too seriously.

“I don’t take it seriously. We are one of [the United Nations’] founding members,” Senate Minority Leader Ralph Recto said on Sunday.

The United Nations was founded on Oct. 24, 1945. The Philippines was one of the 51 founding members of the world body.

A Filipino diplomat, Carlos P. Romulo, served as president of the Fourth Session of the United Nations General Assembly and as chair of the UN Security Council from 1949 to 1950.

Sen. Sherwin Gatchalian said he believed Mr. Duterte knew that leaving the United Nations would be detrimental to the Philippines.

“He is a very intelligent man. Leaving the UN will throw our nation back to the Stone Age. He knows very well that being an isolationist country is not in the best interest of the Filipino people,” he said on Sunday.

The United Nations has played a key role in international response to disasters in the Philippines, including mobilizing global resources to bring aid to areas of the country devastated by Supertyphoon “Yolanda” (international name: Haiyan) in 2013, looking after people displaced by conflict and funding programs for the benefit of children.

“I haven’t seen the actual press conference, but knowing the President, this is probably one of his off-the-cuff remarks to state his point,” Gatchalian said, adding that the context of Mr. Duterte’s statement must be considered.

Sen. Richard Gordon had a more serious take on Mr. Duterte’s latest tirade against the United Nations, saying it was the President’s way of telling the world body not to judge him too quickly and to respect his sovereign exercise of authority.

“As far as I’m concerned, to me it’s a notice to the UN: ‘Don’t be too quick to judge your partners,’” Gordon said by phone on Sunday.

“It’s his way of telling the UN, ‘Hey, I’m doing my work here. I need your help. I don’t need your criticism,’” he said.

Gordon said Mr. Duterte was “just giving [the criticism back to the United Nations] in spades.”

“As much as you’re quick to attack me, I will be quick also to say maybe I don’t need you anymore,” Gordon said.

He said the United Nations may just instead take a look at how to stop the transnational spread of illegal drugs, and advise governments in origin countries to do something about it.

Gordon again urged the Duterte administration to issue a note verbale to China and demand an explanation, as much of the drugs that reach the Philippines come from the mainland.

He said he would write Foreign Secretary Perfecto Yasay Jr. to take such a step. 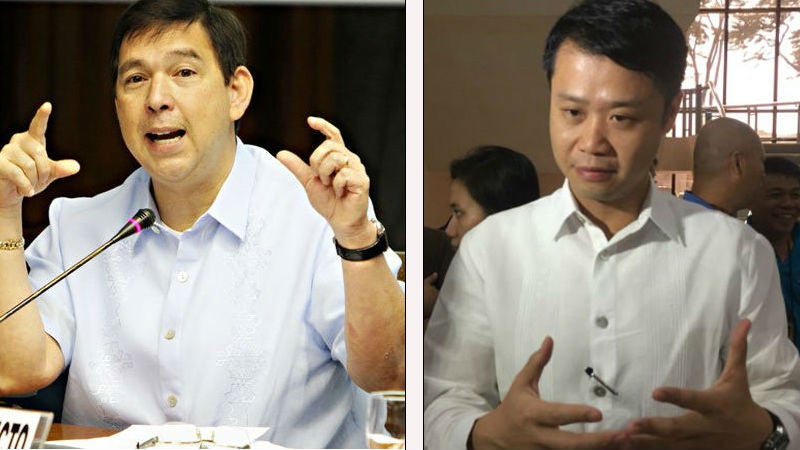 “I’ve always explained the way the President communicates. He always uses argumentum ad absurdum, where you bring the argument to the absurd,” Cayetano said.

“I cannot speak for him, but my interpretation of what he said, that we should just leave [the United Nations], means that if you (UN officials) cannot be fair, the UN officials and you cannot see what we’re doing to keep the people peaceful and give them security, what is the organizations for?” he said.

Cayetano cited UN Secretary General Ban Ki-moon’s criticism of Mr. Duterte’s statement in June that corrupt journalists were legitimate targets of assassination as an “apparent endorsement of extrajudicial killings, which is illegal and a breach of fundamental rights and freedoms.”

Ban’s criticism was “out of order” and did not represent the sense of the United Nations, Cayetano said.

He said Ban and the UN human rights rapporteurs were “not the [United Nations].”

Only a resolution passed by the UN General Assembly constitutes the sense of the organization in its entirety, he said.