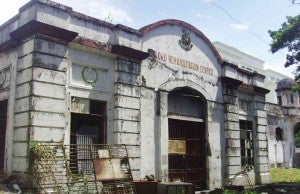 She immediately proceeded to the University of the Philippines Visayas campus in Iloilo City for a press conference and forum on the peace negotiations between the Philippine government and the National Democratic Front.

Bocala, allegedly the secretary of the Panay Regional Committee of the Communist Party of the Philippines when she was arrested in 2015, is among the “rebel leaders” freed to join the formal resumption of the peace negotiations set in Oslo, Norway from Aug. 20 to 27.

Courts in Iloilo City, Aklan and Antique ordered her release after she posted bail totalling P400,000.

Various courts earlier also granted the temporary release of other alleged ranking leaders of the Communist Party of the Philippines including couple Benito Tiamzon and Wilma Tiamzon.

Bocala is facing a murder charge before the Kalibo, Aklan Regional Trial Court (RTC) Branch 2. She is among the accused in the killing of Metudio Inesa on Sept. 18, 1975 at Sitio Agbanuod in Barangay Panipiason in Madalag town, Aklan.

She has also been charged with rebellion before the Culasi, Antique RTC Branch 13.

Bocala, 65, has denied the allegations, saying these are “trumped-up” charges to justify her prolonged detention.

Bocala was arrested in a rented house in Molo District in Iloilo City on Aug. 1, 2016, with a P7.8-million bounty for her arrest.