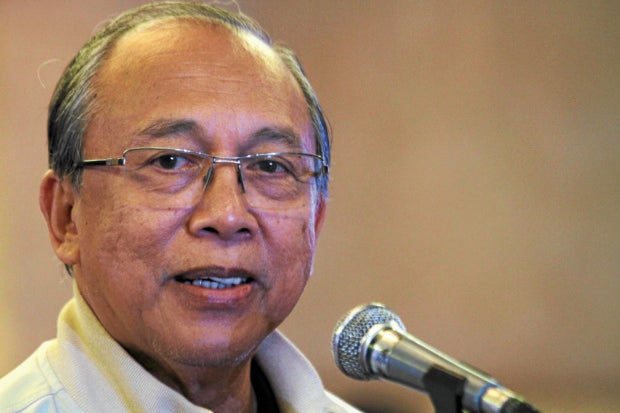 Quezon Rep. Danilo Suarez on Wednesday said the minority bloc in the House of Representatives would support legislating a “No Plate, No Car” policy to ease the traffic in the metropolis.

In a press briefing, the duly recognized minority leader also called for a ban on vehicles 35 years and older from plying the streets of Manila.

The congressman also proposed a “No Garage, No Car” policy to complement his proposals in a bid to lessen the vehicular traffic in Metro Manila.

“In the interim, while we are significantly improving our public transport system, we can legislate certain measures with regard to private car ownership and improve state intervention,” Suarez said.

“First, we should implement a ‘No Plate, No Car policy.’ Second, no income tax return, no car policy. Third, vehicles 35 years older should not be allowed on the streets,” Suarez added.

Suarez also called on the administration to fix the public transport system by building more trains than highways.

“The sign of a progressive nation is not when everybody rides a car, it is when the wealthy and the regular people ride the train together,” Suarez said.

Suarez is the duly recognized minority leader after he was elected by members of the House who did not vote for the winning Speaker.

His minority leader bid may be contested before the Supreme Court by Ifugao Rep Teddy Baguilat Jr., who claims to be the legitimate minority leader by tradition having snagged the second place in the Speakership bid. RAM