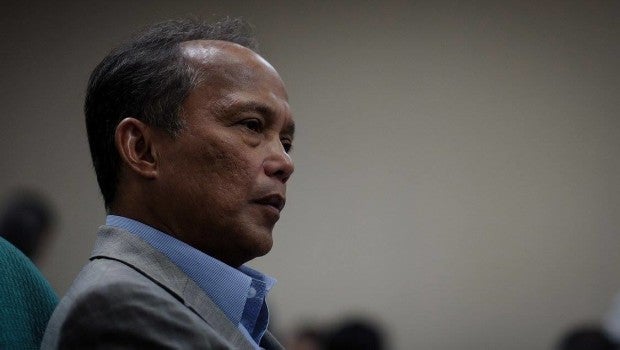 MANILA, Philippines – Energy Secretary Alfonso Cusi on Tuesday assured the Senate that a power crisis will not hit the country despite rolling brownouts across Luzon in recent weeks, saying there was enough reserve for a steady supply.

At the initial hearing of the Senate committee on energy, Cusi made the guarantee on the questioning of Sen. Leila de Lima, who asked if the country was facing a “a looming power crisis.”

Asked later in a press conference, the official said he based his response “on the numbers that we have.”

“To make sure that there is no power crisis, the plants are running and there is enough reserve,” he said, adding that it would be “irresponsible” for him to make a contrary statement.

Rolling brownouts hit Luzon in the last week of July and the first week of this month after the supply ran short, with simultaneous maintenance shutdowns and forced outages of several power plants due to technical glitches.

The Senate called for an investigation to check if there was a collusion among power players to cause a price hike, but officials revealed that the hourlong price spike would likely cause a negligible increase at 2 centavos per kwh.

“It was not clear when that will be reflected [on the bill of consumers],” said Sen. Sherwin Gatchalian, chair of the energy committee.

Cusi said the energy department’s investigation was not discounting a collusion, as all possible angles were being considered on why several plants shut down at the same time from July 26 to Aug. 5.

“We’re not accusing anybody but we’re looking into that to make sure there is no violation. I am not saying there is [collusion],” he said.

Energy Regulatory Commission Chair Jose Vicente Salazar told the committee that the outages were due to several technical problems at Luzon power plants, including leakages in boilers, defective parts, and low water level in the case of hydroelectric power plants.

The forced outages happened simultaneously with maintenance shutdowns of several plants that had to delay such checks to ensure a steady supply of power during the May elections, officials said./rga

Read Next
Duterte: All NDFP consultants will be in Oslo for peace talks
EDITORS' PICK
Smart offers wireless fiber-like speeds to Filipino homes with country’s first 5G Prepaid Home WiFi
CHR hopes inequalities exposed by COVID-19 pandemic are addressed
DOH: Booster doses for fully vaxxed adults to start December 3
This new condo in the South will make you want to turn a new leaf
Legarda: Ending Violence Against Women, a cause for all
BOQ monitoring 64 travelers from ‘red-list’ countries amid Omicron
MOST READ
DOH: Booster doses for fully vaxxed adults to start December 3
Ex-DOT chief Ace Durano convicted of graft over 2009 project
Roque defends Bongbong Marcos: ‘He was only 15 years old in 1972’
Doctor shot dead in Cagayan de Oro
Don't miss out on the latest news and information.