Duterte: All NDFP consultants will be in Oslo for peace talks | Inquirer News
Close
menu
search

Duterte: All NDFP consultants will be in Oslo for peace talks 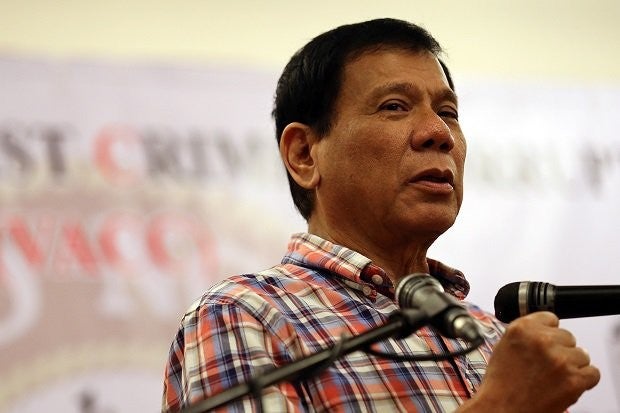 All consultants of the National Democratic Front of the Philippines (NDFP) will be joining the peace negotiations in Oslo, Norway next week  — this was the assurance given by President Rodrigo Duterte during his meeting with NDFP lawyers at the Malacañang Palace.

“The President assured NDF lawyers present during the meeting in Malacañang yesterday that the NDF consultants will fly to Oslo,” Labor Secretary Silvestre “Bebot” Bello III said in a statement on Tuesday.

Bello said that during the meeting with NDFP lawyers on Monday evening, Duterte instructed the Bureau of Immigration (BI) and the Department of Foreign Affairs to process the papers of the consultants so that they can travel to Oslo in time for the start of the formal peace talks on August 22.

The government has withdrawn its objections to the bail petitions filed against the 18 NDFP consultants, allowing NDFP consultants Benito and Wilma Tiamzon to post bail so that they can join the talks.

Aside from the Tiamzons, Ariel Arbitrario and Porferio Tuna were also allowed to post bail over the weekend.

On the other hand, Bello said that the President was still willing to “walk the extra mile for peace” despite trading barbs with Communist Party of the Philippines (CPP) founder Jose Maria Sison.

“The President said while he was hurt by the sharp exchanges between him and CPP founding chair Jose Maria Sison who is based in The Netherlands, he gave assurances that he will walk the extra mile for peace,” Presidential Adviser on the Peace Process Jesus Dureza said.