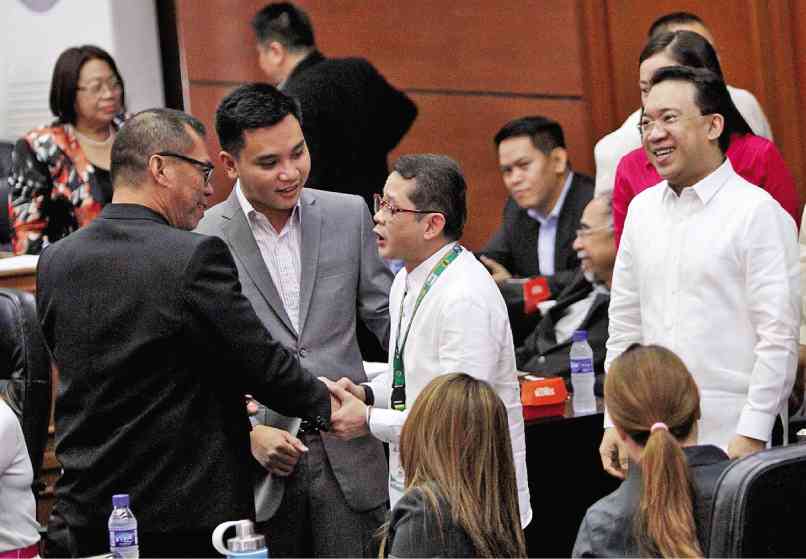 CALLING himself “a victim of the drug menace,” Quezon City Councilor Hero Bautista announced on Monday that he was going on a monthlong “personal journey” as he stressed that his big brother, Mayor Herbert Bautista, would never be a drug coddler.

In a privilege speech during a city council meeting, Hero did not directly admit that he was the councilor who came up positive for both marijuana and “shabu” (methamphetamine hydrochloride) when city officials voluntarily underwent drug testing two weeks ago.

“I take the moral high ground and in order to protect my name, I am volunteering to embark on a journey; a journey of soul-searching and self-discovery,” Hero said, adding that he would go on a retreat to “search and find” what he was in need of.

He expressed his intention, however, of returning to “champion the victims of illegal drugs.” Hero also asked people not to condemn him, saying “proactive measures and programs must be taken by the government to ease the pain of the victims instead of ostracizing them from society.”

At the same time, he thanked his family for “giving him the strength” to finally speak on the matter.

“This is Hero Bautista. Now signing off,” the councilor said, his voice cracking as he read his statement. “A victim of the drug menace. Please hope for my return from my personal journey. Rest assured that I shall be stronger, more mature and ready to propose measures [against drug use],” he added.

While Hero did not make a direct admission, his sister Harlene, who was present, was more direct, saying it was painful for their family to receive the news.

“Please pray for us, especially for Hero,” Harlene said. “It is painful, difficult and hard for us but we need to accept it.”

According to her, her brother will be “a better Hero” when he returns from his month-long retreat.

Vice Mayor Joy Belmonte, on the other hand, told reporters that she has yet to receive a letter from Hero about his status. Since he also heads the public works and infrastructure committee, Belmonte said they may need to appoint an acting chair.

As for the possible sanctions against Hero, Belmonte said the ethics committee would decide on it. Mayor Bautista, who was not at the meeting, was unavailable for comment.