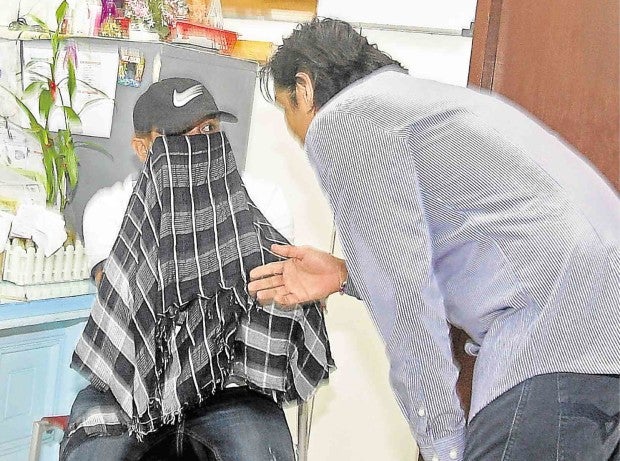 The two men on board a black XRM motorcycle arrived outside the police station at 2:25 a.m. and fired at the building’s second floor, sending the 12 policemen on duty on the ground.

PO3 Arnold Labene of Danao Police Station said 21 empty shells from a 9mm gun were recovered from the second floor of the building.

By the time Senior Insp. Aljendaro Batobalonos, Danao police chief, and his men had gone out of the station, the perpetrators had already sped off.

No one was hurt but 11 jalousie blades were broken.

Police believed that the strafing was an act of retaliation after Medz Alvaro and his companion, Ronnie Castro, were killed in a buy bust operation about 11 p.m. on Thursday, barely four hours before the strafing.

Medz’ mother, Ema, barged into the police station after her son was killed and threatened the policemen on duty.

“Kaya ta mong ipapatay sa akong anak (I can have you killed by my son),” she was quoted by the police as saying.

Although Ema didn’t name names, she may have been referring to her son Alvaro, now detained at the Cebu Provincial Rehabilitation and Detention Center in Cebu City on drug charges.

Alvaro was the right hand man of Jeffrey “Jaguar” Diaz, the biggest drug lord in Central Visayas, who was killed in a police operation in Las Piñas City in June.

He surrendered to authorities after Diaz was killed because he said he feared for his own safety.

A confidential agent, who acted as a buyer, was about to receive the shabu from Mez when the suspect noticed that it was a sting operation.

Medz pulled out his 9mm gun and shot the police. Batobalonos said they returned fire, hitting the two suspects in  different parts of their bodies.

Recovered from Medz were a 9mm pistol with one magazine loaded with 4 live ammunition, 15 plastic sachets containing shabu and P1,000 in cash.

Police seized from Castro  a caliber .45 pistol loaded with magazine with 2 live ammunition and 4 plastic sachets containing shabu and P70.

The two were brought to the hospital but were declared dead on arrival./rga