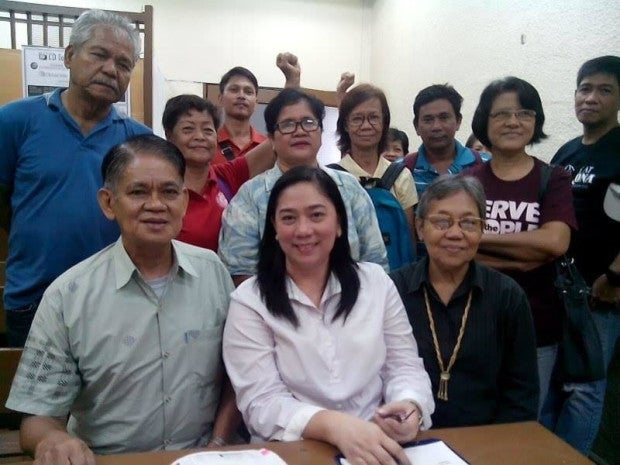 The Manila Regional Trial Court Branch 32 on Friday reinstated bail for one of 25 National Democratic Front consultants facing criminal charges but that the government hoped would attend peace talks in Norway starting Aug. 20.

Olalia said the Supreme Court had set bail for Baylosis, who is facing multiple murder charges, at P100,000 but this was forfeited after he did not attend his arraignment on July 30, 2015 due to “intense surveillance and threats to his family.”

Olalia said Medina’s decision was in accordance with the Aug. 2 Supreme Court resolution that, citing jurisdictional issues, rejected the release of 11 of the 25 consultants for them to participate in the peace process, but remanded the cases to  local courts.

“(Baylosis) is the first of the NDF consultants whose bail was granted by a regional trial court. This would start the ball rolling (for the peace talks),” Olalia said.

He said he remained “confident” and “optimistic” that the remaining consultants would be granted bail in time for Aug. 20.

Read Next
‘100,000 will protest’ gov’t’s treatment of public sector workers
EDITORS' PICK
Authors unbowed after gov’t ‘purge’ of books
Powered by style, innovation and passion
‘FPJ’s Ang Probinsyano’ officially ends after nearly 7 years
House energy committee chair Arroyo bats for cheap electricity
A laptop that maximizes your WiFi so you can maximize your productivity
Red-tagged green activist recalls imprisonment
MOST READ
Arjo Atayde reveals proposal to Maine Mendoza was ‘more than a year’ in the making
SRA officials should resign after ‘illegal sugar order’ – Zubiri
‘FPJ’s Ang Probinsyano’ officially ends after nearly 7 years
Jalen Green has no doubt Kai Sotto will make the NBA
Don't miss out on the latest news and information.