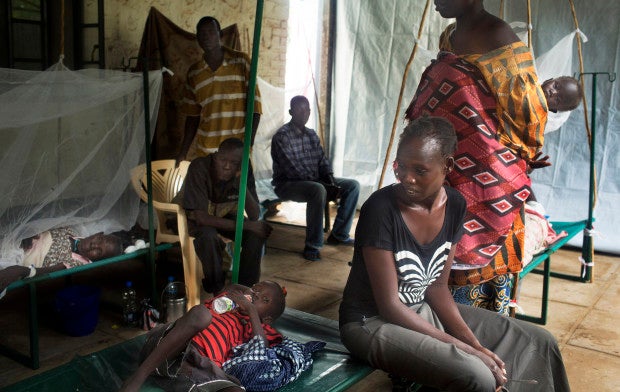 In this May 2014 photo a South Sudanese family waits in the cholera isolation ward of Juba Teaching Hospital in Juba, South Sudan. Unicef says 11 people have died in a suspected cholera outbreak in South Sudan. The organization said Tuesday there are 72 suspected cases so far, including 36 in the capital Juba. Others are in Bor and Terekeka counties. AP

Fernande Ndjengbot, Minister of Health and Public Hygiene, said Thursday that 19 cases have been registered, and eight of those people have died where cholera first surfaced in Ndjoukou, about 300 kilometers (186 miles) southeast of Bangui.

She said three others have died in Zawara village and another person died in the capital.

Cholera is a gastrointestinal disease, usually spread by contaminated water and food, and can cause severe diarrhea that in extreme cases can lead to fatal dehydration and kidney failure within hours.