Poe: Hero’s burial for Marcos ‘in conflict with law’ 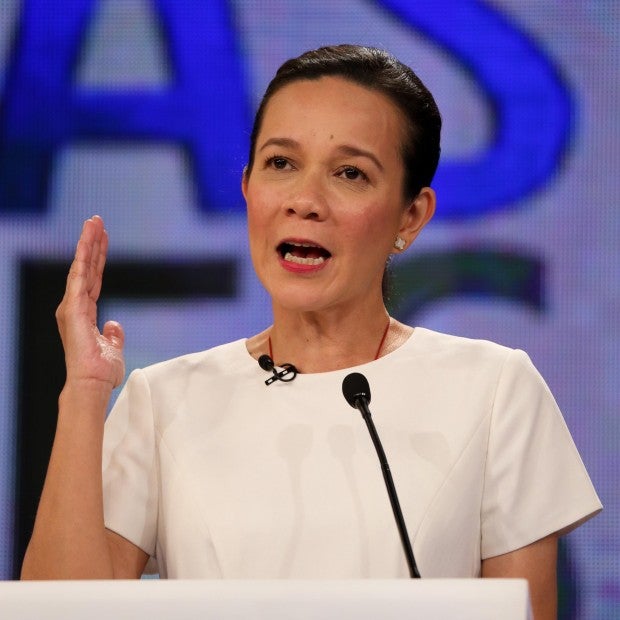 Senator Grace Poe said allowing former President Ferdinand Marcos to be buried at the Libingan ng mga Bayani would be in “conflict” with the law, given the human rights violations committed during his regime.

Aside from the law, Republic Act 10368 which recognizes the human rights victims during Marcos’ declaration of martial law, Poe said there is also another law which clearly specifies those who should be buried at the heroes’ cemetery, like soldiers and former presidents.

“I really believe that if we are to take this law seriously, having that burial will be in conflict with that law,” she said in an interview over ABS-CBN News Channel’s “Headstart” on Thursday.

READ: Poe: Marcos burial must be ‘in accordance with law’

“Even (Jose) Rizal had a quote something that says that anybody (who) contributed to the ruin of a nation, no matter what they did can never really be considered as a liberator or as a hero,” she added.

Asked then if Marcos could not be considered a hero, Poe said: “I believe that there were a lot of violations…”

“You know a hero can be very subjective. I mean he can be a hero to you because he provided you with the infrastructure the country needed at that time but again sticking to the law 10368, I think that it’s clearly in conflict with it,” she said.

Despite opposition from various sectors and some allies in the Senate, President Rodrigo Duterte gave a go signal for Marcos’ burial at the heroes’ cemetery.

“He is qualified to be buried there. If other Filipinos don’t want that, fine,” Duterte was quoted in the media as saying.

Urban legend has it that Poe, the adopted daughter of movie icons Fernando Poe Jr. and Susan Roces, is the love child of Marcos with actress Rosemarie Sonora. Poe and former Senator Ferdinand “Bongbong” Marcos Jr., son of the late strongman, have repeatedly made light of the issue. IDL/rga