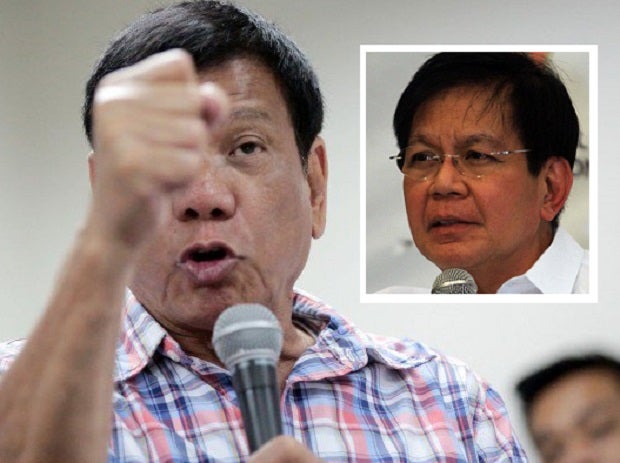 “By now, we should already be familiar with his antics especially when making spontaneous statements or announcements to media,” Lacson said in a text message.

“Of course, we should know that the martial law threat is just that and nothing more,” he added.

The senator issued the statements when sought for comment on Duterte’s scathing remarks against Chief Justice Maria Lourdes Sereno.

Duterte raised the possibility of declaring martial law while rebuking Sereno for cautioning judges not to follow his order to report to authorities and explain their alleged involvement in illegal drugs.

The President had named several judges in a long list of personalities allegedly involved in illegal drugs.

“I’m giving you a warning. Don’t create a crisis because I will order everybody in the executive department not to honor you,” Duterte said.

“Please do not, you say, create a constitutional issue. There will be. Don’t order me, I’m telling you. I hope you are listening.”

“You want me to be frank? You’re interfering (with my job)… Please, don’t order me. I’m not a fool. If this continues, (that) you’re trying to stop me, I might lose my cool. Or would you rather I declare martial law?” the President added.

Asked  about  the President’s threat that he would order the executive not to honor the Chief Justice,  Lacson said, “Defying the SC is always an individual responsibility of any person who will ultimately accept the burden of a possible contempt citation.”