Iran nuclear scientist executed for spying for US | Inquirer News

Iran nuclear scientist executed for spying for US 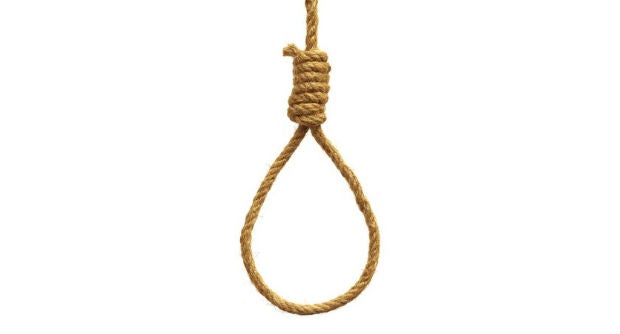 TEHRAN, Iran — Iran has executed a nuclear scientist convicted of handing over “confidential and vital” information to the United States, a judicial spokesman said on Sunday.

“Shahram Amiri was hanged for revealing the country’s top secrets to the enemy,” Gholamhossein Mohseni Ejeie told reporters in Tehran.

Amiri, 39, disappeared in Saudi Arabia in June 2009 and resurfaced a year later in the United States.

Conflicting accounts said he had either been abducted or had defected at a time when international tensions over Iran’s nuclear program were at their peak.

In a surprise move, Amiri then returned to Tehran in July 2010, saying he had been kidnapped at gunpoint by two Farsi-speaking CIA agents in the Saudi city of Medina.

At first he was greeted as a hero, telling reporters as he stepped off the plane at Tehran airport that he had resisted pressure from his US captors to pretend he was a defector.

He denied he was a nuclear scientist and said US officials wanted him to tell the media he had “defected on his own and was carrying important documents and a laptop which contained classified secrets of Iran’s military nuclear program”.

“But with God’s will, I resisted,” Amiri said as he was welcomed home by his tearful wife and young son.

However, it was soon clear that Iranian authorities had not accepted this version of events and Amiri dropped out of public view. His arrest was never officially reported.

Iran’s judicial spokesman said Sunday that its intelligence services had “outsmarted” the US.

“American intelligence services thought Iran has no knowledge of his transfer to Saudi Arabia and what he was doing but we knew all of it and were monitoring,” Ejeie told reporters.

The US State Department declined to comment on the case when asked on Sunday.

Tehran and Washington have had no diplomatic ties since 1980, when students stormed the US embassy following the previous year’s Islamic revolution.

“Shahram Amiri was tried in accordance with law and in the presence of his lawyer. He appealed his death sentence based on judicial process. The Supreme Court… confirmed it after meticulous reviews,” Ejeie said.

“We like all convicts to repent and reform. Not only did he not repent and compensate for his past, but he tried to send out false information from inside the prison, and finally he was punished,” he added.

Exiled opposition group the National Council of Resistance in Iran said “Amiri’s execution is a desperate attempt by the regime’s Supreme Leader Ali Khamenei to intimidate and terrorize the regime’s nuclear experts and scientists and to prevent them from leaving the country”.

In a statement the group said Amiri had returned to Iran due to pressure on his family.

“By taking his family hostage, exerting pressure on his family and making bogus promises, the regime compelled Amiri to return to Iran in 2010, but imprisoned him despite promises to the contrary,” it said.

Numerous media reports in recent years have supported the idea that Amiri was a defector with highly prized information on Iran’s nuclear program.

“Shahram Amiri described to American intelligence officers details of how a university in Tehran became the covert headquarters for the country’s nuclear efforts,” the New York Times reported in July 2010, citing unnamed US officials.

“While still in Iran, he was also one of the sources for a much-disputed National Intelligence Estimate on Iran’s suspected weapons program, published in 2007,” the report said.

In a confusing series of events shortly before his repatriation to Tehran, three separate videos emerged appearing to show Amiri claiming either that he was abducted by US agents, had come freely to study, or that his life was in danger and he wanted to return to Iran.

At the time, world powers had grown increasingly concerned that Iran was pursuing a nuclear weapon — a charge that it has consistently denied.

Between 2010 and 2012, four nuclear scientists were assassinated inside Iran and a fifth survived a bomb attack. The government blamed the attacks on US and Israeli intelligence services.

Iran finally reached a deal with world powers in July 2015, promising to curb its nuclear program in exchange for a lifting of international sanctions.