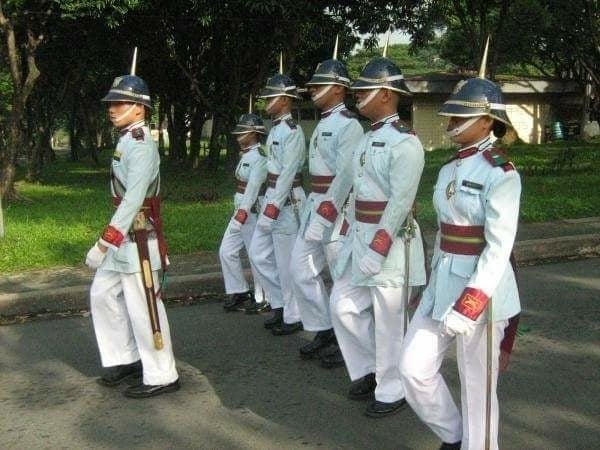 “We strongly support this patriotic call of President Rodrigo Duterte for the restoration of the ROTC. He is the first Philippine President and Commander-In-Chief, after President Marcos and President Ramos, who has shown personal attention to the need for a stronger military training of the Filipino Youth,” said Ronald Cardema, Duterte Youth Chairman and former UP Diliman ROTC Corps Commander, in a statement.

READ: Palace to push for revival of compulsory ROTC for college students

“We also urge Congress to include the mandatory Citizens Army Training (CAT) or Preparatory Military Training (PMT) in high schools and mandatory Scouting (leadership & survival lessons) in elementary schools. With our proposed “Kabataan Pag-asa ng Bayan” (KB) Law (which includes the ROTC, CAT, & Scouting) passed by Congress this year and under the leadership of President Rodrigo Duterte, we can truly prepare and inspire the Filipino youth to assume their roles as custodians of a greater Philippine republic,” Cardema said.

He said Asian neighbors like Singapore and South Korea have enhanced discipline, nationalism and cooperation among their youth because of the required military training programs.

“Because of this way they were able to strengthen their defense forces and mobilize their citizens for economic development and other nation-building efforts,” he added.

Another youth group, Kabataan Party-list, earlier criticized the revival of the ROTC program and called for its abolition.

“We do not subscribe to the notion that ROTC could instill discipline and love of country, given its violent and mired history. ROTC should not be made mandatory. In fact, the program should be abolished,” Kabataan Party-list Rep. Sarah Elago said.

Cardema said that Kabataan Party-list was being too narrow-minded about the revival of the compulsory ROTC.

“Sarado ang isipan ng Kabataan Party-List patungkol sa ROTC and hindi nila sinusuportahan ang mga [k]abataan na naghahangad na maging isang Asian (political-military) superpower tayo (Kabataan Party-List is being close-minded on ROTC and they are not supporting the youth who are aiming for our country to be an Asian superpower). They say the Filipino [Y]outh can contribute to nation-building without military training. Other countries have already established military garrisons within our territory, when will we prepare the Filipino youth for every Filipino citizen’s duty to defend our country? Pag nandito na sa Luzon ang land forces nila (When our [opponent’s] land forces are already here in Luzon) someday? By that time, more than half of the Philippine [p]opulation, walang alam kung ano ang gagawin at kung paano idedepensa ang bansa (wouldn’t know what to do and how to defend our country),” Cardema said.

He said it is best to start the military training among the youth immediately because they would be helpful during disasters.

“There were no military-trained youth units activated during the horrific months of the ‘Yolanda’ aftermath. Kung na-train and organize lang natin beforehand lahat ng college and high school students sa Eastern Visayas e di namobilize sana silang lahat (If only we have trained and organized all college and high school students beforehand in Eastern Visayas, they could have been mobilized) for a better disaster relief effort. The months of chaos, horror, and unorganized operations after Super Typhoon Yolanda, that will happen to our entire country when another country suddenly attacks us, or another super typhoon hits us, or the so-called The Big One earthquake finally occurs. We must train the Filipino youth now,” he said.

The President mentioned during his first State of the Nation Address that he wants to strengthen the ROTC program to instill love for country. He wants a law to make it mandatory again among college students.