Pastor dies after 30 days of fasting 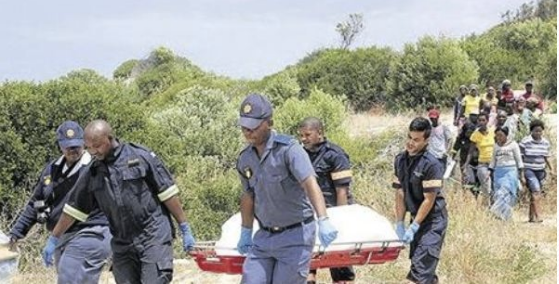 A South African pastor learned the hard way not to “beat God,” as he lost his life due to malnutrition after trying to breach the number of days that Jesus of Nazareth fasted for 40 days and 40 nights.

Alfred Ndlovu, 44, decided to embark on dry fasting, which lasted for only 30 days, a NigeriaToday report confirmed.

In a determined bid to break the record, the cleric left home on June 17 for a nearby bush to spend his days in prayer, much like the Messiah did.

His relocation was reportedly an attempt to focus his attention on God and to distance himself from material things.

After a month of abstinence,the pastor’s unresponsive body was later discovered in the wilderness by a hunter, who then alerted the local police.

Ndlovu’s death, meanwhile,  puzzled many church members as he was known by his family and community as a very spiritual person whose faith could “move mountains.”

“He was a very spiritual man. It’s unfortunate he had to die this way,” one of his close relatives said in the report.  “After a month we got the sad news of his death.”

Before retiring to the mountain, the pastor boasted to his members that he would break Jesus’ record, the report said.

Many of his regular churchgoers believed that he could achieve the feat as he always displayed youthful exuberance beyond his age.

“Pastor was a healthy and religious old man who did not even look his age,” his close relative recalled.

Prior to his untimely passing, Ndlovu had no history of medical illness.  Khristian Ibarrola/rga