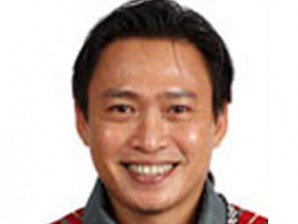 MANILA — The House leadership has effectively frozen the proposal of Ifugao Rep.‎ Teddy Baguilat to investigate the wave of summary killings under the Duterte administration.

Baguilat said he was surprised that his House Resolution No. 61 was referred to the committee on rules rather than the committee on justice or human rights.
‎
“By not referring it to any investigating body, they can hold it there,” said Baguilat who was still mulling his next moveWednesday evening.

Baguilat sought a  probe on the rising body count of drug suspects brought abou‎t by the renewed zeal of the police to carry out President Duterte’s call for an all-out war on drugs.

Baguilat said the President has clarified that he would not condone extra-judicial killings‎ and that the police might have misinterpreted his words. He said a probe would clear this up.

But Speaker Pantaleon Alvarez said he would block any attempt to probe the bloody police operations because he doubted whether it would lead to any new legislation.
‎
He said the Department of Justice and not Congress would be in the best position to determine whether these were summary executions.  SFM