Sandiganbayan assures Binay it won’t be swayed by politics 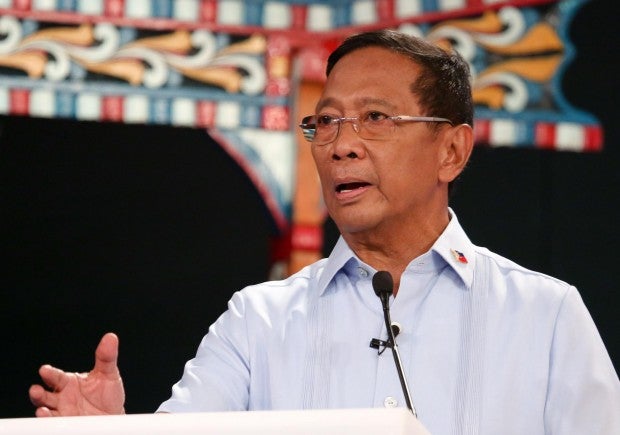 The presiding justice of the Sandiganbayan on Friday assured the camp of former Vice President Jejomar Binay that the anti-graft court would hear his cases without any influence from politics.

“We don’t care about politics. Our work here is not swayed by politics, but we are dictated by the evidence on record,” Sandiganbayan Presiding Justice Amparo Cabotaje Tang said in an interview with reporters after the assignment of the Binay cases to the Third Division.

She was asked to react to the statement of Binay’s spokesperson Joey Salgado accusing Ombudsman Conchita Carpio Morales of being beholden to the Liberal Party and using the Binay cases as a diversionary ploy.

“I do not want to dwell into whether there is politics involved here or not because the first and ultimate work of this court is to dispense justice. Repeatedly we have said we will simply rule based on evidence,” Tang said.

The graft and malversation charges against Binay were assigned on Friday to Tang’s Third Division, which would consolidate the cases with those earlier filed against his son, former Makati Mayor Junjun Binay.

The Office of the Ombudsman earlier recommended bail, in total, of P376,000 against the former Vice President for four counts of graft, one count of malversation, and nine counts of falsification of public documents, in connection with the alleged anomalies in the bidding and construction of the Makati City Hall Parking Building II.

The anti-graft tribunal opted not to include the set of 14 cases against Binay in the weekly raffle of newly filed cases as these stemmed from the same information in the charges against his son.

Binay, his son, and several other former Makati officials were indicted on charges they rigged the bidding processes for the design and construction of the Makati carpark.

Construction of the P2.28-billion parking building began in 2007 when Binay was still mayor of Makati but was completed in 2013, when Junjun took over. The latter was later dismissed and disqualified from public office because of the charges. CDG/rga