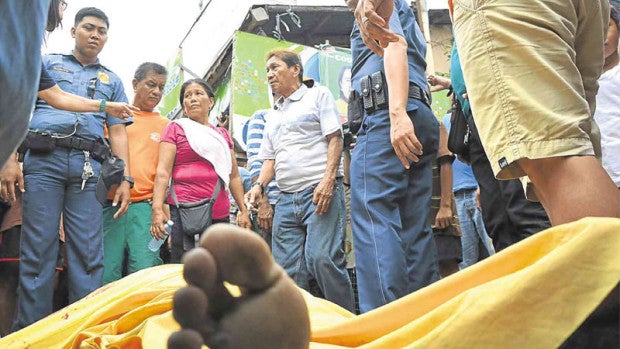 Amid the rise in the killings of drug suspects, Malacañang has vowed that the Philippine National Police (PNP) continues to investigate the alleged involvement of vigilantes in the anti-crime purge.

Andanar said the government does not condone cases of extrajudicial killings and said law enforces abide by “police operational protocol.”

“Government is against any form of extrajudicial killings. We do not condone these acts. The Government is here to save our people from the drug menace and punish the offenders, including the big-time ones,” he said.

Since the start of the Dueterte administration’s campaign against illegal drugs, Chief Superintendent Camilo Cascolan, chief directorate for operations of the PNP, said close to 60,000 drug dependents nationwide have surrendered to state forces.

“We have to seize the momentum,” Andanar said.

“The voluntary surrender of thousands of self-confessed users and pushers reaffirms our people’s renewed faith and trust in authorities. In his resolute campaign against drugs, the President has even made it possible to unite the populace in combatting the illegal drug trade,” he added.

The Palace official said many communities in the country are now “relatively drug-free.”

“While the campaign against drugs is far from perfect, a generation of Filipinos has been saved from this scourge of society and destroyer of lives. Many communities are now relatively drug-free with record-high number of people giving up to authorities, choosing quieter and healthier lives,” he said.

He said plans to build rehabilitation centers nationwide are being undertaken.

Police authorities are eyeing Subic and Clark to house drug-dependents, he added. IDL/rga