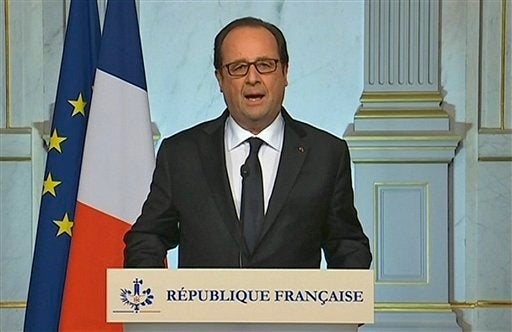 French President Francois Hollande makes a televised address in Paris early Friday July 15, 2016 after a truck drove onto a sidewalk for more than a mile, plowing through Bastille Day revelers who’d gathered to watch fireworks in the French resort city of Nice on Thursday, July 14. (French Pool via AP)

French President Francois Hollande said Friday that France’s state of emergency would be extended for another three months after the truck attack in Nice.

The state of emergency has been in place since November’s jihadist attacks in Paris, and was due to be lifted on July 26.

Some of the most recent major attacks in Europe