Government to dispose of more assets in next 3 years 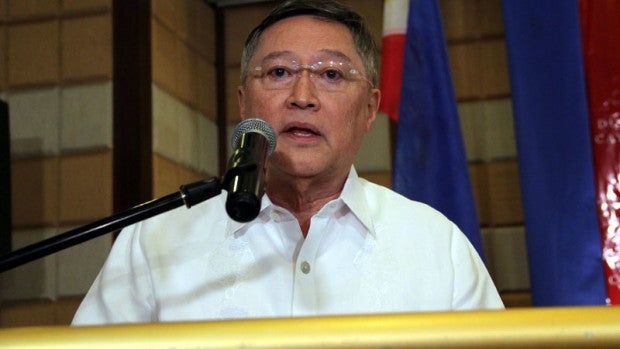 The administration of President Duterte plans to dispose of more assets in the next three years, including its stake in United Coconut Planters Bank (UCPB) as well as those belonging to state-run Power Sector Assets and Liabilities Management (PSALM) whose privatization have long been delayed, according to Finance Secretary Carlos G. Dominguez III.

“There will be more assets to be unloaded. I have just talked to PSALM officials and I told them that the original plan for PSALM was to get rid of the assets after the first five years. That was 10 years ago—we have to speed up their disposal of assets,” Dominguez told reporters after the Cabinet-level, inter-agency Development Budget Coordination Committee (DBCC) meeting on Tuesday.

The finance chief added he would want to dispose of the government’s stakes in Philippine Postal Savings Bank.

He said Postal Bank would likely be sold in two years’ time as the bank’s valuation and due diligence for the sale as well as actual bidding would be undertaken “as quickly as possible.”

As for UCPB, Dominguez said that since the planned sale was facing legal troubles, the DOF would have to “think about it.”

To recall, the Supreme Court in June last year issued a temporary restraining order putting on hold the implementation of Executive Order Numbers 179 and 180 earlier signed by former President Benigno Aquino III, which would have set into motion the privatization and reconveyance to the government of about P74.3 billion in coco levy funds that the high court earlier declared public funds.

Thus last July, the Privatization and Management Office (PMO) announced that it “temporarily suspended” the planned sale of the government’s controlling stake in UCPB.

The PMO had been in the process of disposing the government’s UCPB stake, earlier targeted to be concluded last September, through a privatization scheme that would require the winning bidder to not only acquire the government equity but also infuse fresh capital into the bank.

It had required recapitalizing UCPB by at least P15 billion through subscription to up to 37.2 billion primary common shares, as well as called for the outright purchase of at least 1.106 billion common shares held by the government or 73.9 percent of the bank.

The floor price had been set at P1 per share, hence entailing a total investment of at least P16.1 billion.

The PMO had received 12 letters of intent from local and foreign banks as well as private equity firms eyeing to buy UCPB, the country’s 12th biggest bank, with about P260 billion in assets and over 200 branches.

“I’ve said I don’t like it, so we will review it with that point of view in mind. First of all, I don’t really think that you can do it without legislation. Number two, they have two different missions, I don’t know if it’s the right thing to mix those missions up,” Dominguez said./rga