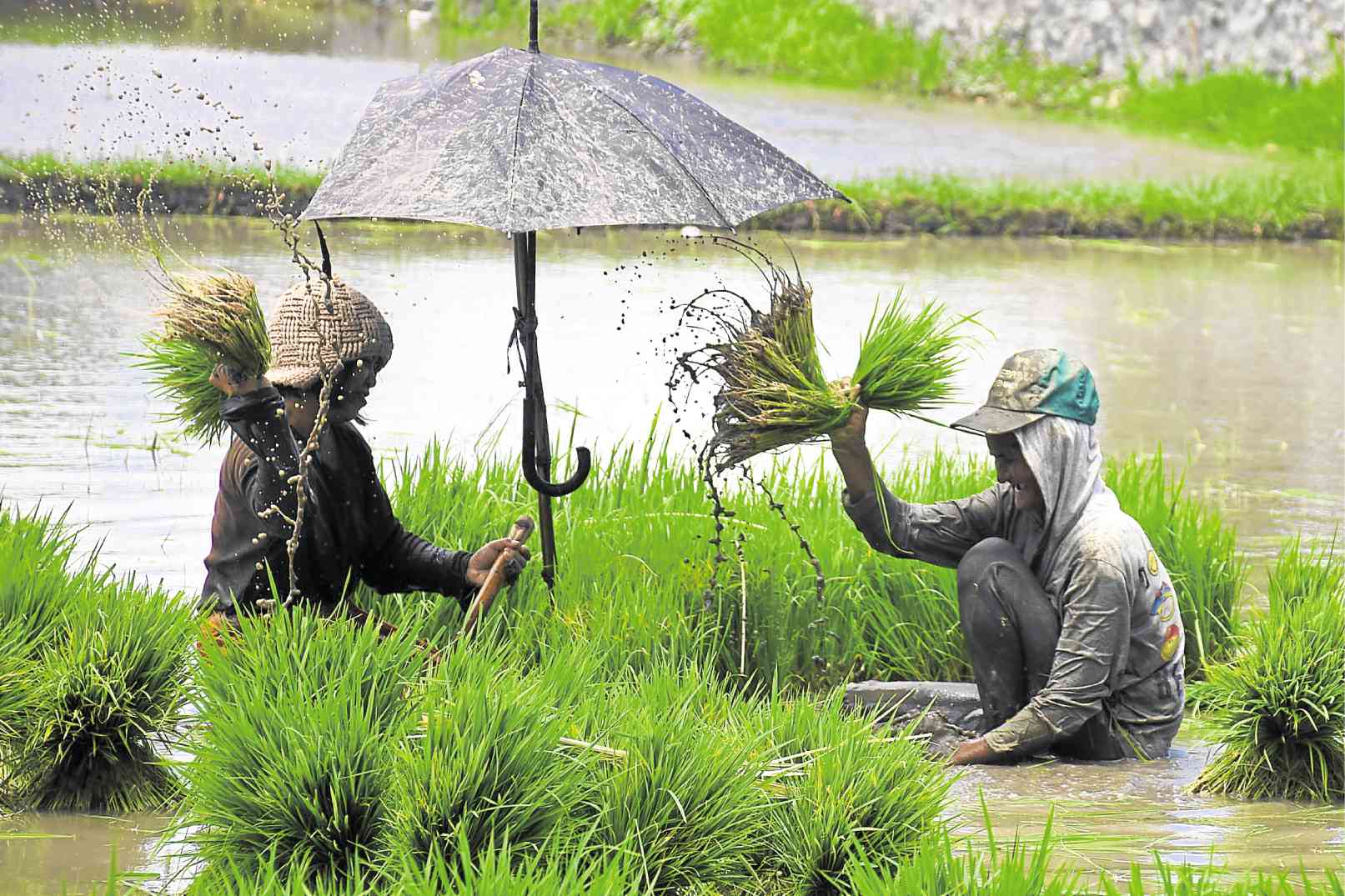 FIELD WORK With the return of rains, field work has taken precedence in rice-producing provinces, including this farm in Bugallon town in Pangasinan province. WILLIE LOMIBAO/INQUIRER NORTHERN LUZON

CITY OF SAN FERNANDO—The Department of Agriculture (DA) in Central Luzon has set a target yield of 5 metric tons (MT) of rice a hectare to make that crop sufficient under the Duterte administration.

Government subsidies on quality seeds and fertilizers through the 2017 budget would make the target attainable by 2018, Andrew Villacorta, the department’s regional director, said on Monday.

Rice farms in Aurora, Bataan, Bulacan, Pampanga, Tarlac and Zambales provinces produce an average of 4.5 MT per hectare, which is higher than the national average of 3.9 MT.

Nueva Ecija harvests between 7 and 12 MT due to the use of certified or hybrid seeds. Farmers there use 8 to 12 sacks of fertilizer per hectare, Villacorta said.

Central Luzon has a surplus of rice, he said. From the 3.4 million MT produced in the region in 2015, only 2 MT were consumed.

With a higher production target, seed growers would need to meet the government’s requirement in the dry season before October next year.

With more irrigation projects to be completed this year, rice farmers would be able to plant twice or thrice a year, she said.

“Even when our farmers sell their produce to other provinces, we still have enough for our consumption,” he said.

Pangasinan farmers plant palay on 183,774 ha of farm lands. They expect their 2016 yield to be 2 percent higher than last year’s harvest, Batalla said.

Once the P2.6-billion Agno River irrigation system extension project is completed this year, an additional 13,000 ha of rice fields would be irrigated, he said.