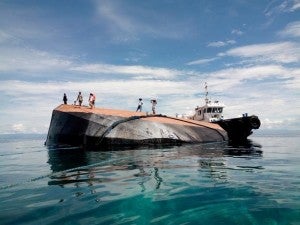 PANGLAO, Bohol — A cargo barge eventually capsized on Monday morning, two days after it ran aground in the waters off Barangay Bil-isan, Panglao town in Bohol province.

Residents near the coast  said they saw the Castor II of Concrete Solutions Inc. based in Cebu City being swept by strong waves to the coastline on Saturday afternoon when there was a low pressure area affecting Central Visayas.

By Sunday afternoon, the vessel slowly sank while its crew were on board a tugboat, M/T Pollux 5.

Mark Bompat, 21, said he and his neighbors heard a loud noise about 3 a.m. on Monday.

When they went out to check, he added, they saw the vessel had already capsized.

“We were surprised to see that the vessel had already capsized. Tons of sand were already in the sea,” said Bompat.

Castor II, which was loaded with tons of sand, came from Barangay Tampi in San Jose town in Negros Oriental and was bound for Tagbilaran City in Bohol province on July 2. 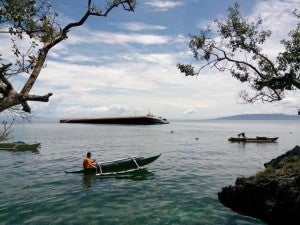 While the vessel was near the coast of Panglao, it was battered by strong waves, which pushed Castor II near the shoreline where it ran aground.

“A survey will be conducted by the local government of Panglao and the shipping owner to know the extent of the damage of the environment,” said Quinisio.

Quinisio reported no risk of an oil spill since the barge was not self-propelled but towed by a tugboat.  SFM 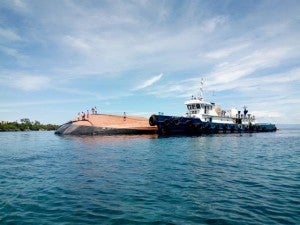