Cops seize P1-B worth of shabu in Cagayan 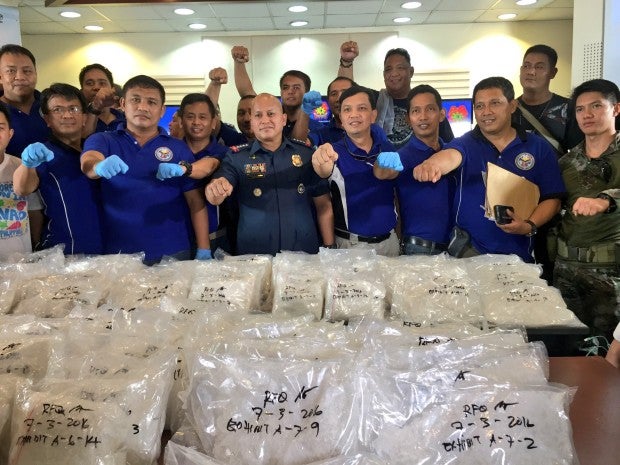 POLICE dug up black bags and boxes containing 180 kilograms of suspected shabu (methamphetamine hydrochloride) worth close to P1 billion in an abandoned farm in Claveria town in Cagayan province over the weekend.

Dela Rosa said the drugs recovered in the farm owned by a certain Rene Dimaya located at Barangay Culao was intended to be transported to Binondo Chinatown in Manila.

Acting on a tip from a civilian, joint operatives of the PNP Anti-Illegal Drugs Group, Special Action Force, Bureau of Customs and PDEA raided Dimaya’s farm. The shabu packs were placed in seven black bags with markings “Leah D” stuffed inside a blue ice box.

The police chief said the suspects might have buried the box in the farm out of fear.

The operation, however, yielded zero arrests.

Asked about the source of the contraband, Dela Rosa said the shabu packs may have come from China or Taiwan.

“(The northern part of the country) is the closest point going to China and Taiwan. I’m sure the source is overseas either China or Taiwan, sinasalubong ng fishermen, nilalagay sa maliit na bangka tapos dadalhin sa mainland Philippines,” he said.

Dela Rosa said the PNP is still in the process of identifying the syndicate and drug personalities behind the shipment. But he said, police will investigate Dimaya.

Once they identify the drug personalities involved, the tough-talking official said he will list them as among the high-value targets of the police “so they would die.”