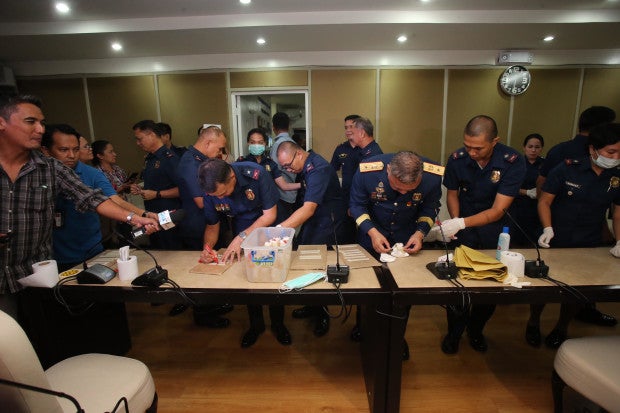 Dela Rosa said all nine lawmen were from outside Metro Manila but declined to name them pending a confirmatory drug test.

“These specimens will be subjected to further confirmatory test,” he added in a prepared statement during a media briefing at the PNP headquarters in Camp Crame in Quezon City.

Once confirmed, cases would be filed against the policemen, said the tough-talking police chief.

“‘May isang confirmatory test pa na gagawin in the precincts. If they’re going to contest the findings nung first, then after that, ipi-pre-charge na sila. Pre-charge investigation, then ultimately, madi-dismiss ‘yan. We will dismiss them from the service,” he said.

On Friday, when Dela Rosa assumed office, he ordered a surprise drug test for 2,405 PNP personnel from the national headquarters, regional police offices and police districts.

He said none of the officials tested positive./rga