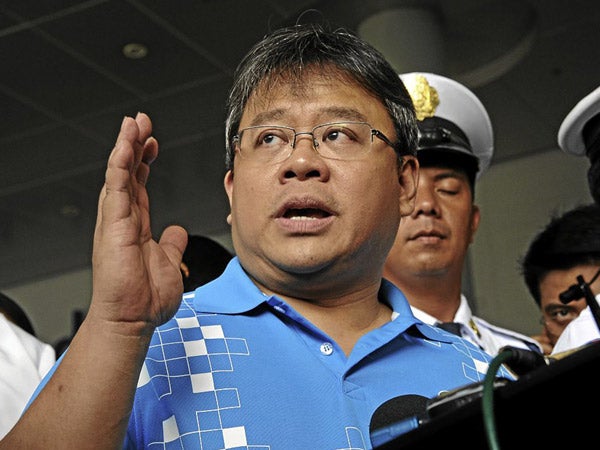 Lawyer Ferdinand Topacio on Saturday twitted Sen. Leila de Lima for defending former President Benigno Aquino III over the multiple homicide case filed against him for the deaths of police commandos in the botched Mamasapano operation.

Topacio, counsel of complainant Volunteers Against Crime and Corruption (VACC), said De Lima’s defense of Aquino “showed her lack of legal imagination,” as he noted that the case they filed was that of reckless imprudence resulting in multiple homicide and not murder or homicide.

“As usual, De Lima is wrong as she again shows her lack of legal imagination… As a former Justice Secretary and supposedly an expert in criminal law, De Lima should know better: there is a world (of) difference (between) homicide and murder on the one hand, which are crimes committed by deliberate intent; and crimes committed through negligence, such as reckless imprudence,” Topacio said in a statement published in his social media accounts.

“Reckless imprudence, as every law school freshman knows, is a crime by itself, committed through negligence, as result of imprudence, lack of foresight or lack of skill,” he added.

Topacio was reacting to De Lima’s statement on Friday that “no amount of legal imagination can manipulate the definition of homicide and murder under the Revised Penal Code so as to involve the (former) President and implicate the police officials involved.”

De Lima, who was Justice secretary when the incident happened, said the filing of charges against Aquino a day after stepping down from Malacañang was “nothing but a media stunt,” noting that the former President could not be held liable for the death of 44 elite troopers of the Special Action Force on January 25 last year.

Citing Article 4 of the Revised Penal Code, Topacio said Aquino and his co-accused should be held liable for all the consequences of reckless imprudence “even though not intended, including the deaths of 44 police officers.”

“The charge of reckless imprudence is supported by a huge amount of documentary evidence consisting of the Senate Report, the PNP Board of Inquiry Report, and the transcripts of testimonies before the Senate taken under oath, all of which are attached to our complaint. They are more than enough to constitute probable cause after preliminary investigation,” Topacio said.

In a statement on Friday, Aquino called the charges as “harassment,” adding that the “instigators of this case, in furtherance of their objectives, are setting up the loved ones of the SAF 44 for even more suffering.”