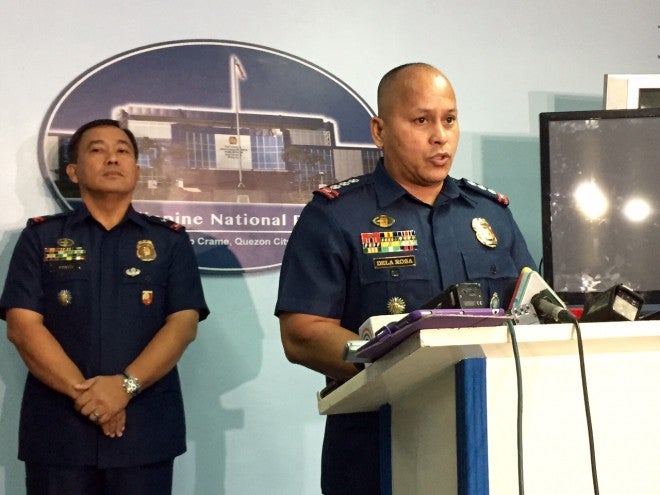 Newly sworn-in President Rodrigo Duterte formally installed Dela Rosa as the head of the 160,000-police force in a ceremony at the PNP headquarters on Friday morning.

Duterte personally handpicked Dela Rosa, a former chief of Davao City Police, to take over the police force in a bid to fulfill his promise to suppress illegal drugs and criminality in the country within six months.

Before assuming the top PNP post, Dela Rosa, a member of PMA” Sinagtala” Class of 1986, was the executive officer of the Directorate for Hunan Resource and Doctrine Development.

Dela Rosa also held positions in the command group of the PNP Intelligence Group from October 2013 to December 2014.

After the ceremony, the President is expected to hold a command conference with the PNP command group and other top officials of the police.

Duterte will then proceed to the Armed Forces of the Philippiness to formally install Lieutenant General Ricardo Visaya as the military chief. CDG/rga

‘Bato’ says he’ll resign if he fails to stop crime

‘Bring it on,’ says incoming PNP chief on ‘P10M bounty’ for him, Duterte