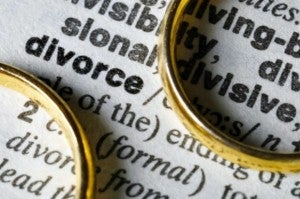 MANILA — Albay Representative Edsel Lagman filed, on Thursday, a bill to allow absolute divorce in the country, which he said would provide “a merciful liberation of the hapless wife from a long-dead marriage.”

Lagman, the principal author of the Reproductive Health Law, filed House Bill No. 116.

A statement from his office said Lagman “leads the campaign in the 17th Congress for the enactment of a law on absolute divorce.”

“Most marriages are supposed to be solemnized in heaven, the reality is many marriages plummet into hell – in irremediable breakdown, spousal abuse, marital infidelity and psychological incapacity, among others, which bedevil marriages,” Lagman said.

The grounds of absolute divorce bill also include the grounds for legal separation and annulment of marriage provided for in the Family Code of the Philippines.

*  when either of the spouses secures (a) a valid foreign divorce;

*  when irreconcilable differences or conflicts exist between the married couple, which are beyond redemption despite earnest and repeated efforts at reconciliation.

Lagman described the bill as a “pro-woman legislation,” noting the following:

*  Traditionally, in a marriage relation, the husband is more ascendant than the wife. It is the woman who is usually brutalized and it is the man who philanders and gets away with it.

*  Under these foreboding and unequal circumstances, a wife needs an absolute divorce more than the husband.

*  In divorce proceedings, the wife as the innocent spouse, needs a court-decreed alimony and support for the child or children under her custody with corresponding fines and contempt of court for delinquency in providing financial support.

* Absolute divorce is not only a women’s issue. It is a poor women’s issue. Poor women cannot afford the current exorbitant expense for legal separation or annulment of marriage.

* An absolute divorce is a merciful liberation of the hapless wife from a long-dead marriage.

The Philippines and the Vatican are the only two states in the world without a divorce law. The Vatican, the seat of the Roman Catholic Church, is a city-state.  SFM