Ilocanos for Leni group, others flock in QC for thanksgiving concert 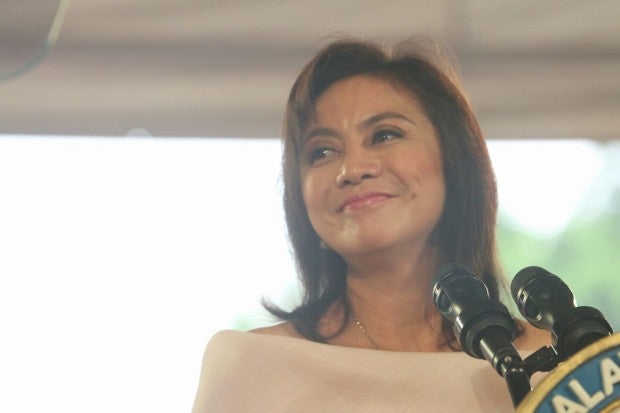 Supporters of Vice President Leni Robredo gathered in a thanksgiving concert at Liwasang Aurora, Quezon Memorial Circle the same day after her inauguration on Thursday.

Other supporters volunteered to maintain the cleanliness of the place by picking up the litters all over the venue.

Archie Abrencillo and Val Mendoza of The Silent Majority-Pasig, campaign volunteers for Mar Roxas and Robredo, said they always bring plastic bags with them every time there would be an event by the Liberal Party.

(Everytime RoRo tandem had an event, we were there. We always carry garbage bags because we don’t want to litter. You see, no one’s throwing garbage.)

While most of their fellow Ilocanos strongly stood behind the late dictator’s son Ferdinand “Bongbong” Marcos Jr during the vice presidential elections, the couple chose to support Robredo for “being an effective congresswoman.”

They formed the group “Ilocanos for Leni.”

According to the QC Police District, less than five thousand people were present in the thanksgiving concert. Kathryn Jedi Baylon and Kristina Casandra Tayam, INQUIRER.net trainees/TVJ