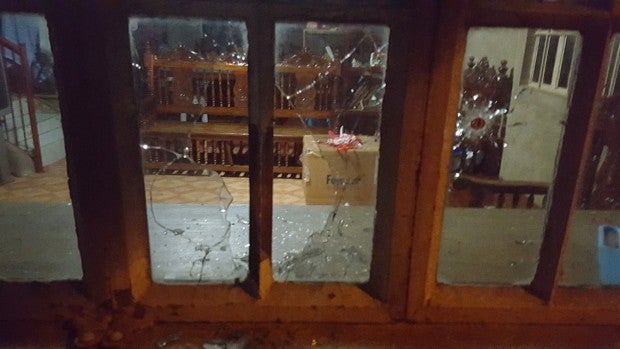 The damage done on the De los Santos residence by the predawn attack on Friday. CONTRIBUTED PHOTOS/LORELEI DE LOS SANTOS

Lorelei de los Santos said she refused to believe that the attack may be related to the support she had given to Lolita Manalo-Hemedez over the past few months.

“I can’t fathom the idea that they would do this to me. I didn’t expose anything. I just supported Ka Lottie since she called for our help, because I can’t take it in my heart to see someone suffer,” De los Santos told the Inquirer in a phone interview. “I haven’t done anything wrong. I didn’t hurt or malign anyone. I love the INC. Even if I was expelled, I still remain a faithful INC member at heart.”

“I’m still shaken. I’m really racking my brains and trying to remember if I’ve done something wrong to anyone,” she said. Her husband was also “reviewing” if he had crossed anyone in the past.

Sought for comment, INC spokesperson Edwil Zabala sent a text message in Filipino: “This accusation is no laughing matter. We are always being accused of all sorts of crimes by the supporters of Mr. Angel Manalo and Ms. Lottie Hemedez.”

“Is this their reply to the decision in the ejectment case against them?” Zabala said, referring to the dispute between the church and the expelled Manalo siblings over their continued stay in an INC property on Tandang Sora, Quezon City. A Manila court last week ordered the siblings out.

“Let’s hope they are not the ones raising these issues against the INC, and those who are really behind the shooting are caught,” he said. “Whatever they throw at the Iglesia will be cleared up soon after a proper and thorough investigation by the authorities.” 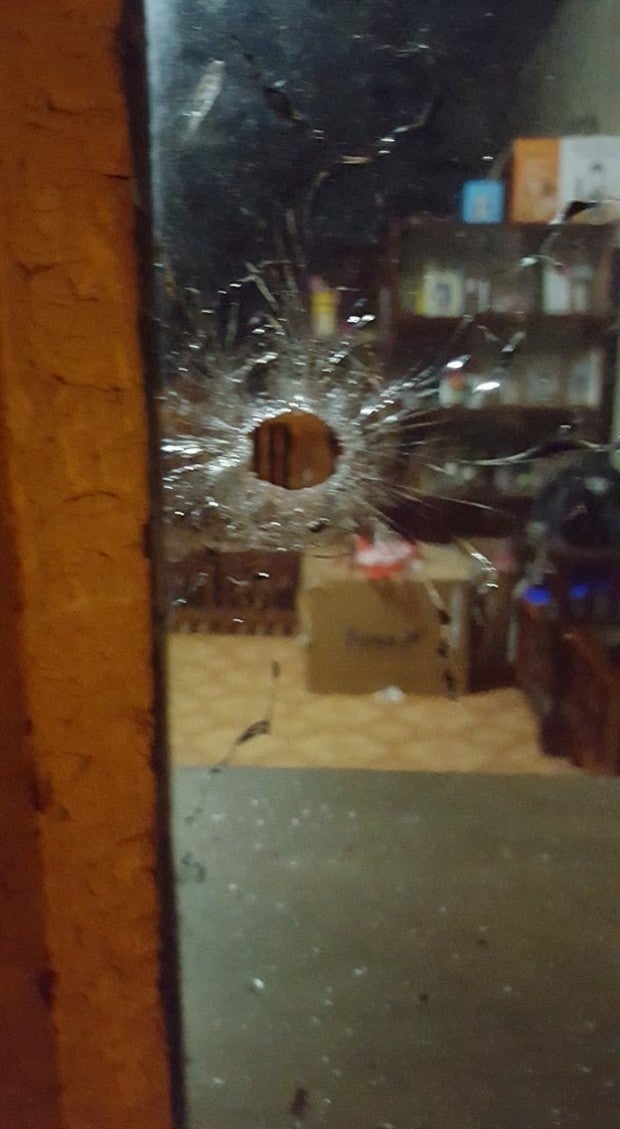 The police said the men gained entry into De los Santos’ property by forcing the metal gate open around 3 a.m. Her house is inside the Jimenez compound on East Manila Road.

The dogs’ barking roused De los Santos from sleep inside the bungalow residence. When she got up to check what was going on outside, she saw through the window how the men got into the compound after ramming the gate with their bodies, according to the investigator, PO2 Floyd Casas.

In the interview, De los Santos said she saw one of the men approach with his gun pointed toward one of the windows, aiming for the interior. This prompted her to duck and run to the rooms of her 72-year-old mother and two daughters, aged 12 and 8, to ensure their safety.

Then the shooting began, lasting for about five minutes, she said. 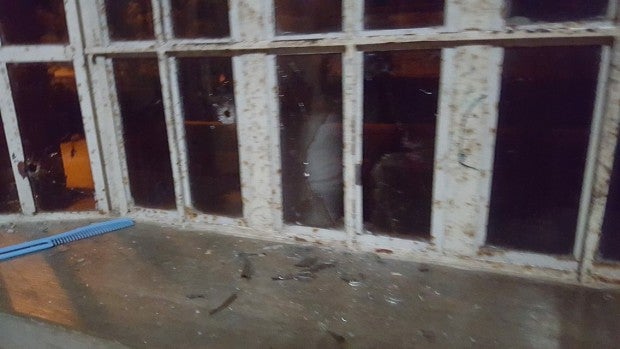 De los Santos and the others remained inside one of the rooms for about an hour, after which she was able to call and ask a friend to contact the police. De los Santos’ husband, a restaurant operator, was in Cavite province at that time.

Among the items hit inside the house were a TV set and one of the dining chairs.

Casas said the the motive for the attack remained under investigation. Five bullet casings and a magazine for a .45-cal. pistol, with two rounds left, were recovered at the house.