Anatomy of Brexit: A divided kingdom 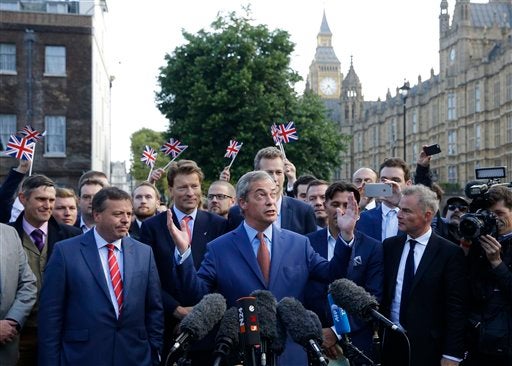 Nigel Farage, the leader of the UK Independence Party speaks to the media on College Green in London, Friday, June 24, 2016. Britain voted to leave the European Union after a bitterly divisive referendum campaign, according to tallies of official results Friday. AP PHOTO

LONDON—Britain’s shock vote to leave the European Union has divided the country geographically, as well as between generations, between cities and rural areas and between Britons with and without a university education, analysts said.

“This is a referendum in which a cosmopolitan socially liberal Britain was outvoted by a more socially conservative part of the country that is deeply concerned by immigration,” polling expert John Curtice told the BBC.

Here are the key trends:

Not a United Kingdom

London, Scotland and Northern Ireland voted to stay but Wales and large swathes of England, particularly former industrial hubs in the north with many disaffected workers, backed a Brexit.

Scotland instead backed “Remain” by 62 percent to 38 percent, prompting First Minister Nicola Sturgeon to say that her nation “sees its future as part of the EU”.

READ: Brexit: How Europe fell out of love with the EU

Sturgeon, head of the Scottish National Party, had said that if Scotland voted to stay and the rest of Britain voted to leave it would call for a second independence referendum.

“We’re quite clear. The Scottish government will protect Scotland’s interests whatever the circumstances and we intend to do that,” she said.

Scotland voted in September 2014 by 55 percent to remain part of the United Kingdom.

Curtice said: “The fact that the UK as a whole has voted to leave will inevitably raise questions as to whether or not Scotland will endeavor to hold a second independence referendum in order to try to remain inside the EU”.

Wales, which had been seen as a key bellwether for the national vote because of an even split between In and Out, voted Brexit by 52.5 percent to 47.5 percent.

The capital Cardiff, however, backed “Remain” by 60 percent. 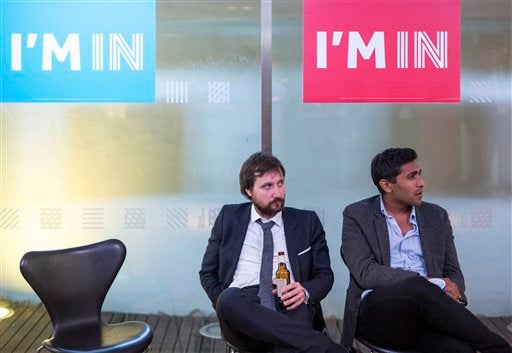 That immediately sparked calls from the Sinn Fein party, part of the power-sharing executive in Northern Ireland, to call for a vote on uniting with the Republic of Ireland.

The government in British-ruled Northern Ireland is part of the 1998 Good Friday peace agreement which brought an end to three decades of hostilities in the province in which some 3,500 people were killed.

The border between Ireland and Northern Ireland will become the EU’s only land border with Britain.

Gibraltar, which came out 95.9 percent for “Remain”, has a border with Spain but is formally a British overseas territory.

“The referendum has underlined the social and cultural gap between London and provincial England,” Curtice said.

The result confirmed polling about high rates of euroscepticism in Labour’s former heartlands in the north and in farming areas in eastern England which have seen high numbers of arrivals of migrant workers from eastern Europe.

“Throughout the Midlands and the north of England the level of support for ‘Remain’ was well below what was required for it to win,” he said.

Most of the British capital strongly backed Remain, with some areas voting as high as more than 78 percent to stay in the European Union.

Outer London boroughs, particularly less affluent ones, told a different story, however, with a strong vote for Brexit.

Northern England’s biggest city, Manchester, and nearby Liverpool both voted in, but the poorer regions around them voted out.

There were major divisions between predominantly pro-EU younger voters and more anti-EU older voters but the key trend Curtice noted was the split between more and less educated people.

“One of the key messages of the opinion polls was that graduates were much keener on remaining than those with few, if any, qualifications. This is also clearly reflected in the geographical pattern of the vote,” he said.

“In those places with most graduates the average level of support for Remain was 58 percent… whereas in those with fewest graduates it was just 39 percent”.

The Independent newspaper said the results “show the gulf between a liberal metropolitan class and working class people worried about immigration; between those doing well from globalization and those ‘left behind’ and not seeing the benefits in jobs or wages”.

But it said the main split was “the chasm between the political class and the voters, who grabbed the free hit (Prime Minister David) Cameron unwisely handed them to give the ruling elite a kicking”.

The Brexit campaign “cleverly exploited the opportunity”, it said, presenting the vote as anti-establishment and anti-elitist to stoke resentment.