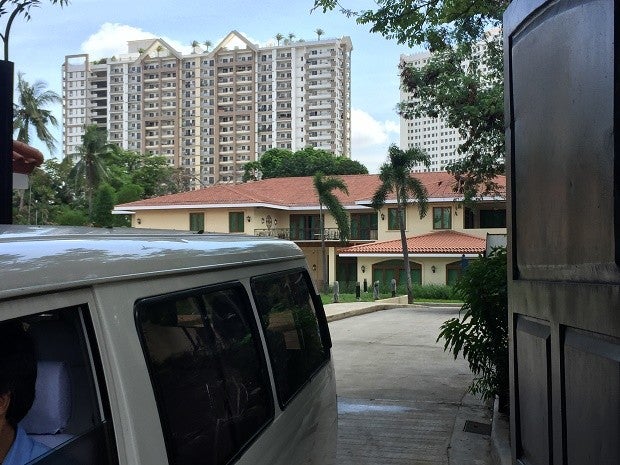 Guarded by a tall iron gate, this two-story house in the upscale neighborhood in New Manila, Quezon City will serve as the office of the Vice President-elect Leni Robredo. JULLIANE LOVE DE JESUS/INQUIRER.net

Once known as the ostentatious “Boracay Mansion,” a 5,000-square-meter property in an upscale neighborhood in Quezon City is soon to be the focal point of the government’s assistance for the marginalized sectors of the society.

“It looks like it’s a go. (VP-elect) Leni has inspected the place,” Belmonte told INQUIRER.net in a phone interview.

Belmonte said once the paper works are done, Robredo can move in on June 30.

She said Robredo plans to take her oath in her new office if President-elect Rodrigo Duterte would decide to hold the inauguration of the President and Vice President separately.

Robredo, whose campaign promise was to improve the lives of those in the “laylayan ng lipunan” or the poor, will be close to the poverty alleviation offices of the National Anti-Poverty Commission, Department of Social Welfare and Development and several non-government offices located in the city.

The Quezon City government built the two-storey property on 11th Street in New Manila in 2013 to serve as the executive house of city Mayor Herbert Bautista. It was later converted into a reception house of the local government for important visitors and foreign dignitaries.

The compound then housed the P140-million structure called the “Boracay Mansion” which Estrada allegedly purchased for his favored mistress Laarni Enriquez. Estrada denied owning the property.

Asked why she thought Robredo chose to hold office in Quezon City, Belmonte said it would be convenient for the VP-elect as the place was just a five-minute drive from the Robredo family’s condominium. Also, Robredo’s youngest daughter Jillian studies in the Philippine Science High School in Diliman, Quezon City.

“It’s not extravagant but it’s presentable. It’s an honor that the VP chose our city. In fact, kung pwede na libre, ibibigay namin na libre (if only we could give it for free, we would do it),” Belmonte said.

But Belmonte clarified that they cannot just give it for free as the Commission on Audit (COA) has stipulated guidelines for government-to-government rentals.

Asked about how much the rental would be, the vice mayor said: “I’m thinking along the lines of less than half of what they are paying at the Coconut Palace.”

Robredo had said many times in her past interviews that she would not hold office in the lavish Coconut Palace in Manila. She described it as “too ostentatious” for the vice president.

The beige house, guarded by a tall black gate, has a wide reception area and has eight rooms that could be converted into offices.

Belmonte said the compound has a parking space enough to accommodate the cars of employees so it would not cause inconvenience to the neighbors as it is situated in a residential zone. RAM/rga