Coconut Palace ‘too ostentatious’ for Leni 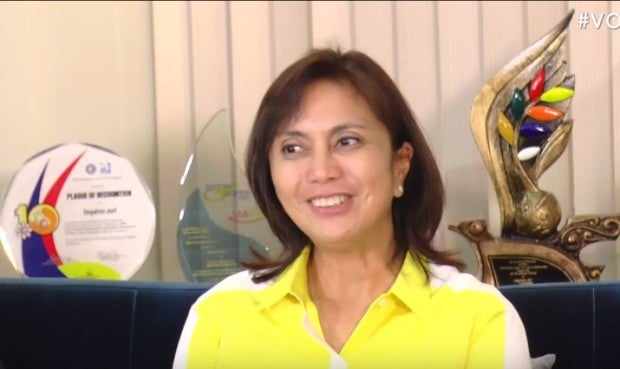 The Coconut Palace will remain unoccupied if ever Liberal Party vice presidential bet Leni Robredo wins in the national elections in May.

Calling the official residence of the Vice President of the Philippines as “too ostentatious,” Robredo vowed not to live in the Coconut Palace if she would be elected to the second highest post in the land.

“I think we will be sending the wrong signal to the people if I tell them that I want to be an inspirational guide tapos naka-opisina ako sa magandang lugar (but I’m working in an extravagant-looking place). Parang napakaironic no’n (That would seem very ironic),” Robredo said during the INQUIRER.net’s INQ & A on Facebook on Thursday.

The running mate of LP standard-bearer Mar Roxas said she doesn’t want the government to spend too much for the residence of the VP, adding that she is used to having a modest office as Camarines Sur representative.

“It’s not like I’m always entertaining people. If I have visitors, I can always use the Malacañang Palace to entertain them,” she said.

If given a chance to be VP, Robredo said she would rather hold office in the provinces, not for politics but to make her constituents feel the presence of the government.

“Gusto ko kapag sinabi kong (If I say that) I want to be one with the people, pati yung symbolisms nandoon (the symbolisms must be there, too),” she added.

Robredo, who has been advocating for inclusive growth through the government’s firm connection with the grassroots, said she would instead use her power as VP to go around provinces and push for their development.

No presidential bid after VP term

She also reiterated that she would not use the vice presidential post for political mileage as she would not aspire for presidency after her term.

This was an apparent jab at Vice President Jejomar Binay whom the administration candidates are accusing of taking advantage of his position to bolster his presidential campaign.

(For my part, I’m reminding myself that if, let’s say, I’m the VP and I aspire to become president, then that would be my motivation–the next election in the next six years.)

She stressed that it is impossible for any vice president not to be tempted to desire for a higher post.

Although placing third in latest vice presidential preference polls, Robredo is catching up on rivals Senators Francis Escudero and Bongbong Marcos, separated by a gap of not more than 4 percentage points.

Robredo’s numbers drastically improved from the day she declared her vice presidential bid when she started with 1 percent. CDG

Read Next
Giuliani announces he’ll be voting for Trump in NY
EDITORS' PICK
Look Through: Super Typhoon Karding barrels through parts of Philippines
Do all the things you do, faster
POGOs not linked to Illegal online gaming, says Pagcor
House energy committee chair Arroyo bats for cheap electricity
Metro Manila now at moderate risk for COVID-19 — DOH
Motorcycles, smartphones, and cash prizes up for grabs in TNT’s ‘Tuloy Ang Saya’ Raffle in Mindanao
MOST READ
Robredo supporter tackles elephant in room: No massive fraud in 2022 polls, surveys were just right
Comelec invalidates win of sitting governor in Negros Oriental
‘Shopee’ trends on Twitter after Toni Gonzaga becomes its new endorser
DepEd: We are in a crisis situation in education sector
Don't miss out on the latest news and information.