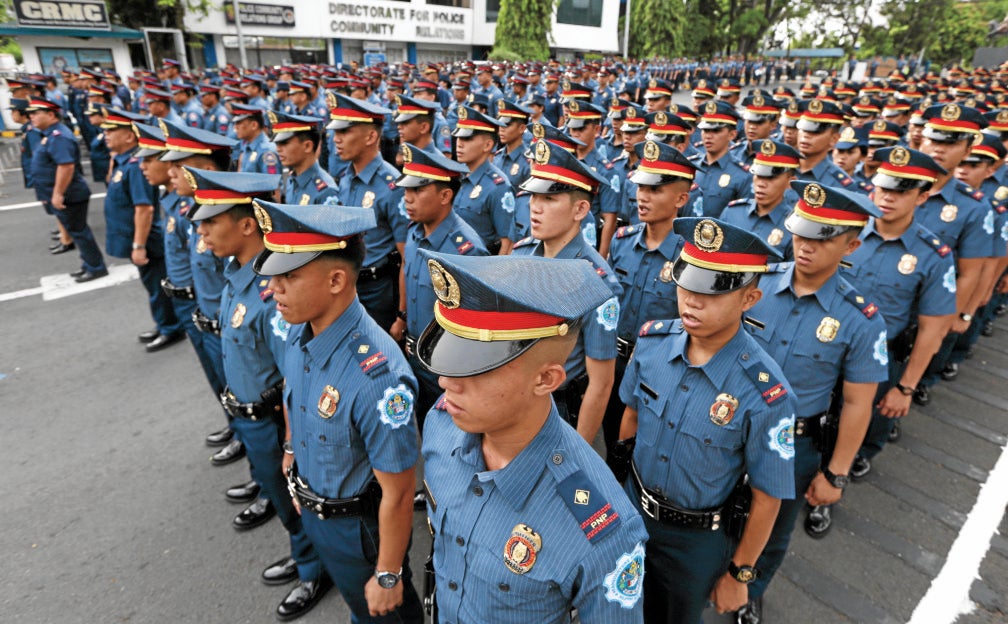 DAVAO CITY—President-elect Rodrigo Duterte is studying a proposal to raise the salaries of policemen with the rank of police officer 1 (PO1) to P50,000 a month, according to Sen. Alan Peter Cayetano. PO1 is the lowest rank in the Philippine National Police with a base pay of P15,000 a month.

“Bale ang makukuha nila ay (In all they will get) 50,000, kasama na ang (including the) base pay at saka (and) allowance… This is his (Duterte’s) promise,” Cayetano told reporters on the sidelines of the launch of a coffee table book on the Philippine National Police Academy at Abreeza mall here.

While saying the proposal was “very doable,” Cayetano—who ran for vice president as Duterte’s running mate but lost—admitted it would need the support of Congress.

He said he and Duterte’s aide Bong Go had submitted the proposal to Duterte and incoming PNP chief Ronald de la Rosa “so they can take a look at the numbers.” The next stop, he said, will be the incoming budget secretary.

During the campaign, Duterte and Cayetano promised to increase the salaries of policemen to counter the temptation to be corrupt and to boost force morale.  Yuji Vincent Gonzales, Inquirer.net